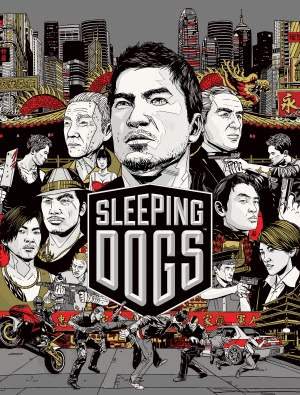 So whilst I was away at Gamescom, Sleeping Dogs arrived at my house and, as you can probably guess, as soon as I got home, it was the first thing I played.
I really like the look of it, which surprised me. Not because I thought it was going to be a bad game, but because I tend not to get gripped by too many games, but this one definitely has me addicted.
It's a fun game to play, but obviously with me having only just started, I can't really do a proper review. But based on my first impression on it, I'd definitely say it's worth the purchase. Especially as it was cheaper than most other new releases (only cost me £32.99 or thereabouts, from Zavvi.com), so I'd definitely say that I've received value for money so far!
Everyone keeps telling me that it is essentially a "True Crime" game, and yes, originally, it was going to be. Sleeping Dogs was in fact due to be called True Crime: Hong Kong, the third instalment in the True Crime franchise. In 2011 however, after many delays, it was cancelled by Activision and that looked to be the end of this promising game. Luckily, six months later, Square Enix bought the rights to the game from Activision (but not the True Crime name) and in 2012 announced it to the world as Sleeping Dogs.
I can't comment on it in comparison to the True Crime games, as I have never played any of them (simply didn't think I'd get on well with them), but with so many people telling me that it is similar to them, I may have to give them a go anyway!
So, if you're looking for a new game to get stuck into, and you happen to have some cash to spare, I'd definitely recommend this game.
Let me know your thoughts in the comments section below :)
V.
at August 23, 2012

Special Reserve Games have been absolutely killing it lately with all of their releases. They are one of the most popular companies to ...