The Microsoft E3 conference is now over, so here is everything you need to know, in one place.

The Xbox One will launch in November this year, and will cost £429 in the UK.

The Phantom Pain was first to show. The latest in the Metal Gear franchise, it takes a whole new turn and becomes open world for the very first time. With all new stealth action, and real passage of time, and absolutely astounding graphics, it is a definite buy from me. It also includes a dynamic CQC (Close Quarters Combat) system, and looks like it will revolve around Kazuhira Miller's rescue.

Next up was the reveal of yet another new Xbox 360 model - slimmer and more silent than the previous model, and taking inspiration from the Xbox One, it is a beautiful piece of tech. And available from today! 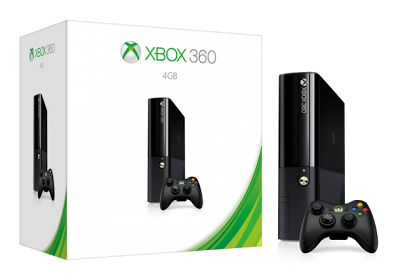 Xbox Live Gold memberships, as we already knew, will carry over to the Xbox One, however, in addition to all the benefits of Xbox Live Gold, we will now also receive 2 free games per month, starting with Assassin's Creed II and Halo 3.

You will no longer be limited to 100 friends.

And lastly, you can share a gold membership among other people using your console, so if only one person in the household has Xbox Live Gold, anybody else using their Xbox One console (on their own individual accounts) will still be able to play online multiplayer, despite only being a silver member - this will be a great addition to multi-children households, as long as they share the one console.

Epic PC MMO World of Tanks is getting an Xbox 360 Edition, which will be free to play for all members with an Xbox Live Gold membership, this summer.

Max: The Curse of Brotherhood.

This awesome looking game is due to release exclusively on XBLA during Spring 2013 (considering us in the UK are already almost in the Summer, I'm guessing Spring means in the US).

Here is the announcement trailer here:

A trailer for Dark Souls II was shown, but not much was gone into. Nevertheless, it looks absolutely amazing, and I'm looking forward to it coming out on Xbox One.

Crytek's new game, Ryse has been talked about quite a bit recently. Not much was really known about it, but tonight, it gained a lot of attention.

In Ryse: Son of Rome, you will "step into the boots" of Marius Titus during the Roman Empire. Powered using the latest CryEngine, this game will be available exclusively on Xbox One, and will release on launch alongside the console.

Insomniac - the makers of previous Sony exclusives such as Ratchet & Clank and Spyro - have jumped ship to provide an exclusive new game for Xbox One. Sunset Overdrive is a stylized open-world shooter. With a "living world", this fast paced game looks amazing. No actual gameplay was shown, but given how awesome that trailer was, and how great their previous titles have been, I have no worries about this game. We, in the Asylum, are especially hoping that parkour/free running will be part of the game, and not just for the trailer.

One of the games that we were avidly waiting to be announced (after it being on that leaked list last week), but were extremely cautious about getting excited about - due to how unlikely we thought it'd be to happen, is Killer Instinct. Amazingly, it was dropped in quickly during the show, with nothing but a small video, before quickly being moved over to the next thing. But luckily, they did come back to it later.

"We listened, and Killer Instinct is back. Only on Xbox One."

Marc Whitten came on to treat to us some gameplay for KI, and reveal to us that a Killer Instinct MadCatz fightstick will be available at launch.

By using Killer Instinct, we were also shown another awesome feature:

Epic game moments will be automatically recorded as you play on the Xbox One, and afterwards will be available for you to easily edit and post online using Upload Studio.

Also revealed, was that games will be able to be played and live streamed via Twitch, due to an exclusive new partnership between Twitch and Microsoft for the Xbox One.

This will be great for those who create Let's Play videos, and walkthroughs. And also great for us here in the Asylum, as we will begin to host regular live streams of games once we get the Xbox One.

Dead Rising is back.

Open world zombie game (just like the others), exclusive to Xbox One, and will have optional SmartGlass features.

This time, you play as Nick Ramos. The game looks more serious than the previous installments, however, you can still make combo weapons (and now you can make them anywhere!), and also - everything is a weapon.

The cities are vast and feel like real life cities due to their density.

It looks absolutely amazing, less 'silly' than the previous two, but that is definitely not a bad thing as the gameplay took our breath away. Can't wait to get our hands on this one.

The next installment in the Forza franchise is the "end of AI" and will "shatter your expectations".

A new inclusion in the game is "Drivatar", which is "about delivering real human behaviour". It will learn how you play, which turns you take, your dirty tricks, and when you speed up, slow down and fly round corners. When you aren't playing, it is. Drivatar will play online against other players, training itself up and gaining you points in the process, to give you the best multiplayer and singleplayer games imaginable.

Forza 5 will have hundreds of cars, feature world famous circuits and have fast and fair multiplayer. It will be released on Xbox One at console launch.

Phil Harrison came out to tell us how Microsoft are still backing the indie developers, and how "nobody has been more supportive" of them, than Xbox.

One main game to show off that, is Minecraft. With over 6 million Xbox gamers, in over 66 different countries, Minecraft will receive an Xbox One Edition, to go alongside it's Xbox 360 release.

Remedy's new IP, Quantum Break was briefly shown during the conference. It is the "ultimate Remedy experience" and will be exclusive to Xbox One. In it, you play Jack Joyce, a survivor of a failed science experiment, of which gave him bizarre time-altering powers. More can be seen here:

An amazing, beautiful game that allows you to create your own games inside it, and share them with the world. You create landscapes, and what will be inside your own little world. Implementing Kinect and SmartGlass, you can do almost anything you can think of.

As Dave McCarthy said: "Anything goes in this game".

It will be available on both Xbox One and Windows 8.

Also shown was The Witcher 3: Wild hunt. Rebuilt from the ground up for Xbox One, it is a dark, mature and epic open-world game. With a vast world, there is easily over 100 hours of gameplay. Optional voice commands with Kinect, and features using SmartGlass, this is "the last part of the legend".


and last but not least:

Bonnie Ross from 343 Industries revealed that Halo will debut on Xbox One, for the first time at 60fps, in 2014. No word on the title or anything like that yet, but I expect it will be Halo 5.

I will post the information regarding Battlefield 4 and Titanfall after the EA livestream, as I imagine there will be more to say then.

What are you liking the look of?