WB Games UK have just this second announced on Twitter that a Collector's Edition for Arkham Origins has been revealed, and will go up on Amazon UK for preorder very soon!

Somehow, they didn't include any images alongside this "announcement", but if the rumours from a few weeks ago are anything to go by, this is what the CE will look like, and will contain: 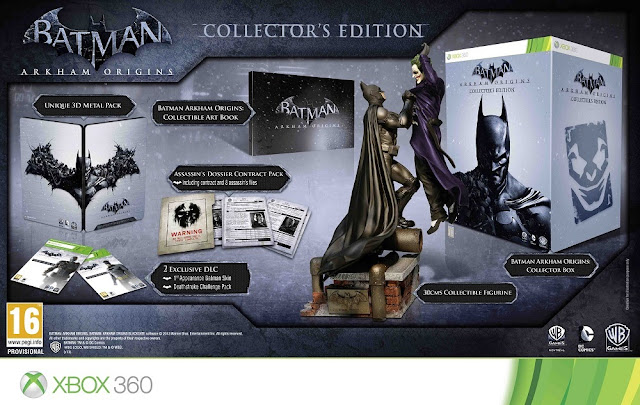 Assassin's Intel Dossier, including files on the eight assassin's, as well as Black Mask's contract.

and the PS3 version will also include the Knightfall pack as an exclusive piece of content (boo!) 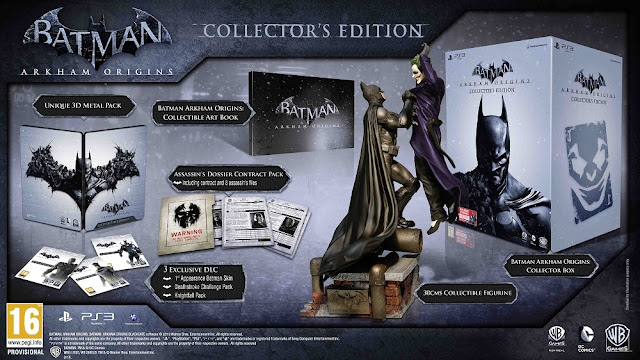 It will retail for £79.99 in the UK, and is available in "Limited Quantities" so it may be best for you to get a preorder in ASAP. Release date is 25th October this year!

Will you be getting this?
Let me know in the comments below!