This year is flying by!

It's unreal how fast this year has gone. Seems like it was just yesterday when we all flipped over to January on our calendars (oops, mine is still at March 2012...) and now we are nearly in October!

Phew. Not long left of this year, which is actually quite a good thing tbh. This year has been one of the best and worst years for collecting, in my opinion.

We've had some absolute belters (the Scottish in me there, basically means "awesome things" to non-Scottish folk) this year so far, such as the Dead Space 3 Dev Team Edition, The Last of Us Post-Pandemic Edition, Saints Row IV Emperor Zinyak's Game of the Generation Edition and the GTA V Collector's Edition, and that's just a handful!

We still have the amazing upcoming releases of Batman: Arkham Origins, Assassin's Creed IV: Black Flag and Watch_Dogs, just to name a few, and they all have some pretty awesome editions lined up so far.

And all of this isn't even including the barrage of movies we've seen this year. As a friend (Gemini-Phoenix, over at CE.org and SteelbookHunterz) pointed out a few days ago:

"So far this year (1st Jan-1st Oct) there have been over 85 UK SteelBook releases. Between 1st Oct and the end of the year, there will be more than 70! These next three months are going to get quite hectic, so keep checking the list regularly to stay on top of them!"

The list he is referring to is his amazing Definitive List of Forthcoming UK Bluray Steelbooks, and it is an absolute Godsend - makes keeping track of all these Steelbooks much easier (albeit I've unfortunately had to cancel pretty much all of my preorders - boo!)

It can be found here, however you will have to sign up to view it (don't worry, it's free to sign up, but you do have to wait to have your account approved by an admin!), but believe me, it's worth it.

I am going to be uploading an unboxing for you all this weekend, either of the GTA V Collector's Edition, or the Saints Row IV Emperor Zinyak's Game of the Generation Edition :) Leave your vote in the comments below, or on the post on my Facebook page here and remember to give me a like while you're there ;) 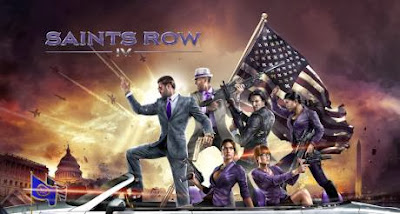 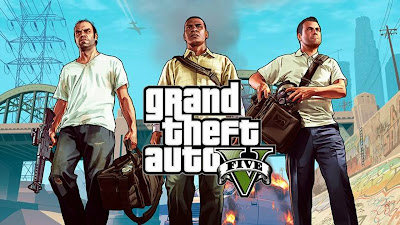 I'll also be doing a giveaway once I reach 150 fans on my Facebook page, so the more you share on my page, and the more friends you can get to like it, the sooner the giveaway will begin!

Has this year flown by for you? Which edition do you vote for my unboxing this weekend?
Let me know in the comments below :)

South Park: The Stick of Truth FINALLY has a release date! 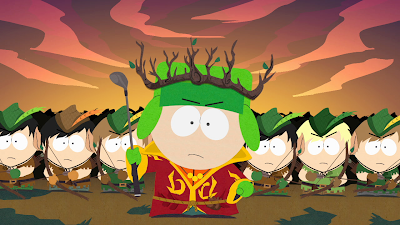 Due out on the 13th of December, for both Xbox 360 and PS3, there will also be a Collector's Edition available, called the Grand Wizard Edition. 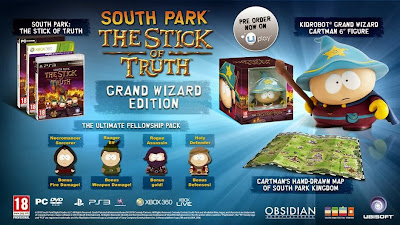 The Grand Wizard Edition will be available in the UK from Amazon and via the Uplay shop, and will include the following:

- South Park: The Stick of Truth.
The full game on Xbox 360 or Playstation 3.

- The Stick of Truth Ultimate Fellowship Pack
Unlock the ultimate fellowship with the one pack to rule them all!  Choose your class and pick your perk with four exclusive Stick of Truth costumes that come equipped with special abilities.  Suit up as the Necromancer Sorcerer to increase your fire damage, earn extra gold by equipping the Rogue Assassin outfit, deal extra weapon damage with the Ranger Elf costume, or raise your defence with the Holy Defender outfit.  The choice is yours, New Kid.

I'll definitely be getting this one! Have been eagerly awaiting this game forever. 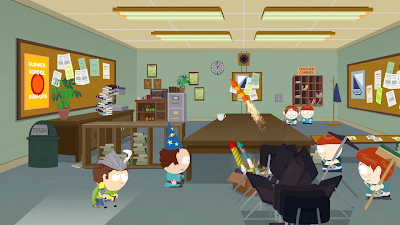 Will you be picking one up this December?
Let me know in the comments below!

Hey guys :)
Feel like I've been "gone" forever, even though my last post was a few days ago...

Having to severely cut back on collecting lately, which sucks, but needs must.

Our monthly income has drastically gone down, so obviously we had to rearrange our priorities, so from now till the end of the year, we are down to less than 10 preorders left (most of which aren't high priced preorders!) and even at that, they may still be cut down further, which, for us, is crazy.

But to make up for the severe lack of incoming editions, I will be posting photos and unboxing videos/reviews again very soon! I'll probably be filming a few unboxings this week/weekend for you all, and I'll get a few reviews up of things I've been playing and watching recently :)

So keep checking back in the next day or two for the first of my unboxings, probably some new pictures, and a review or two!

Anything you'd like to see reviewed or unboxed?
Let me know in the comments below!

So, if you know me in real life, or you speak to me frequently online, then you will probably know that I have another addiction - other than games/movies/etc.

This addiction has been a year in the making, but until last Saturday, I'd never bought a single piece (due to the game/movie addiction using up all of my money).

Well, Saturday the 7th of September marks my first ever order from Black Milk, and already I am itching like mad to make my next order.

There are quite a few items that are extremely high on my wish list, but due to my lack of money, are currently out of my reach, and sadly will soon be gone forever as they are on the "Limited List" (when items go on the Limited List, once they sell out, that's it - gone forever - they will not be restocked).

This is my current Limited List Wish List, as well as a few other pieces that are desperately coveted by me, and that I am so sad that I cannot afford right now:

I want them all so bad. And to make matters worse, the Halloween release is coming up fast, and I don't think I have any money to spare for it, and rumour has it that they will only be available for purchase for 48 hours! So I am praying that somehow I can manage to afford the two pieces that I've already decided I have to have.

No pics of either yet, but I'm sure sneaks will be shown of the finished products very soon, in which case I'll update this post :)

So my Christmas Wish List for this year is definitely some money for Black Milk, or even BM vouchers/gift cards :) As 2014 is definitely gonna be a Black Milk fuelled year for me!

Do you own any Black Milk? If so, which pieces?
Let me know in the comments below!

Hey guys :)
Sorry, once again, for my absence of late. Have had a lot going on in real life, so haven't had much time to get on here to write!

Last Saturday we were at the very first MCM Scotland Comic Con. Got there at half eight in the morning, and left just before five (it finished at six) so it was a pretty long day.

Sadly, there wasn't a whole lot to actually do at it. 85% of it was just vendor stalls, 10% being Comic Village - an area where comic artists, etc can have tables to sell stuff and do sketches, and the final 5% being "guests" - which were few and far between.

There were less than 10 guests at the event, most of whom were from the cast of Merlin, which was pretty disappointing, as the other MCM Comic Cons get people like Edgar Wright going to them! The one guest we were excited about however, was Vic Mignogna - the voice of Broly from Dragon Ball Z. He is also the main character - Edward - in Fullmetal Alchemist, but Broly is the reason we were excited for him.

He was an absolutely lovely guy, so down to earth. However, like every other American person we meet, when they sign stuff for us, they always spell Allan's name wrong.

Us: "A L L A N" (putting severe emphasis on the second A)

Them: "Ah, cool" (then proceeds to spell it Allen)

Pretty annoying, since most of the things we have signed to Allan are spelt with an E, but what can you do, eh?

But anyway, yeah - Vic was an outstanding guy. Very friendly, and most people were crying when they got to meet him, which, to watch, was sweet and awkward at the same time.

At the end of the event, we all (there were eight of us) went out for dinner at World Buffet, and afterwards came back to ours for a drink - however I managed to fall asleep pretty fast on the floor!

Didn't buy too much at it, or at least, it doesn't feel like we did, but we spent pretty much all of our money (Allan mostly spent his on sketches in Comic Village).

I'll get pics up of what we bought later on!

Oh, and my Harley Quinn cosplay didn't happen (boo!), as my corset I was waiting on didn't turn up, despite me ordering well in advance.

Oh well, it was a good day anyway.

Were you at Scotland Comic Con?
Did you cosplay? If so, who as?

So Microsoft have finally announced the release date for their next-gen console, the Xbox One.

Luckily we have budgeted for all of those things, but my God, that one single day is gonna cost a fortune!

Have you got an Xbox One preordered? Are you happy to finally know the release date?
Let me know in the comments below!