VR: The Future of Gaming?

So with the preorders of Oculus Rift already live, and set to be released in March - although preorders are not selling out, instead just being given later shipping dates to be able to accommodate all orders, (current ordering ship date is June) - and rumblings of PlayStation VR also set to be released this year, is the future of gaming here? 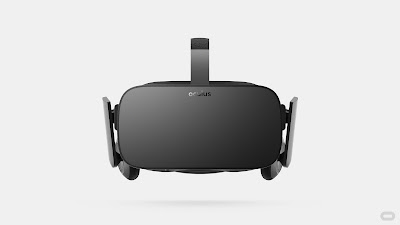 Will normal gaming fade away into obscurity, and be completely overruled by VR and holograms (ala Microsoft's Hololens, whose development kits are being shipped from this quarter?), and to be thought of fondly, in the way we now remember the 8-bit era?

No, I don't quite think it will.

Sure, I've preordered an Oculus Rift (with a ship date of May), and will also go for a PlayStation VR... and a Hololens whenever that eventually releases. But I don't think there will be a huge number of others who will be the same. 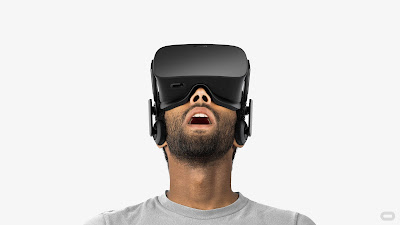 There has been a lot of talk regarding the pricing of the Oculus Rift, which at $599 (plus taxes) or £529 including shipping if you live in the UK, certainly isn't cheap. But that's okay. New technology is always expensive. Look at the price of consoles when they are first released. The Xbox One was £429.99 on release in the UK, and the PS4 not much cheaper. Sure, the Rift is more expensive than a console, and you're gonna need a pretty damn good PC to handle it, but considering Palmer Luckey has admitted that they are actually selling the Rift at a loss (and will make up the costs through sales of software), do we actually have the right to complain?

Heck, does anyone else remember the Virtual Reality headset you could buy in The Sims? I'm sure that shit was waaaay more expensive than a PC, ha!

Now, despite my sticking up for the pricing of Oculus Rift, and the fact that I do have one on preorder, I still don't think it is going to take over from console gaming anytime soon. First reason being, the price. Yes, I can understand the pricing, but it doesn't mean that I'm not gutted that it's not cheaper. We've got one preordered, but if we can't afford it by the time it's due to ship, then oh well, we'll have to wait. I don't want to wait, but it's just something we'd have to accept. The price is naturally going to prevent a lot of people from owning one, at least right now. A large number of people who want one will have to save up for one, so will wait, and others will wait in the hopes of a price drop in 6 months or more. Then you've got the people who will wait to see more information about PlayStation VR, in case they want to go for that one instead, or if it's going to be a large chunk cheaper (although I highly doubt that the price will be any less than $500, considering Rift's price point).

Then of course, you have the people who "just don't see the point". The ones who will see VR gaming as just another gimmick. Something to play once, and then box up, never again to see the light of day. And part of me does worry about this, too. We bought a 3DTV; we watched one 3D movie. We bought Kinect for the 360; we played Kinect Adventures a handful of times. We got Kinect for the Xbox One; we only use it for QR codes and shouting "Pause" at Netflix when we can't find the controller. We bought a gaming laptop; we almost exclusively play on consoles. I sincerely hope that if we pay over £500 for this "new tech", that it actually has something to offer us, something to make us keep coming back for more. Sure we've seen how awesome some of the games look so far, but how will they play? How will they feel?

Plus, it's not just the price of the headset itself, it's the additional costs you have to factor in to either get a compatible PC, or to upgrade your current one. That's another huge factor playing against the rise of VR gaming. Sure, we want the Rift, and even though I expected it, I was a little pissed that I'm going to have to upgrade my graphics card and my processor. Which is a little annoying considering that my laptop is only a couple of years old, and being an Alienware that I custom picked the specs for, was pretty damn expensive itself. 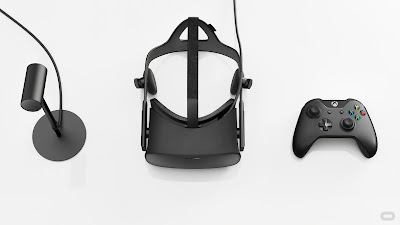 So even if we do get the Rift when our preorder is due to ship, it may be longer before we can even use it, as we'd have to save up more to cover the upgrade costs of my laptop.

I think, overall, that VR gaming won't become anywhere close to the norm for another few years yet. Instead it will remain within the realms of YouTube channels for the most part. However, it is in my opinion that, if you like the look of it - invest. Get yourself one. We cannot expect amazing technological advancements to thrive (and for developers to continue making software for it) if the sales are devastatingly poor. So I truly hope that enough people go in on it early, in order to cement the future advancements of VR gaming. I mean, do we really want VR to crash and burn? Do we really want to look back in 10-15 years time like "Man, that was awesome. Shame its low sales are what killed it...", like the Dreamcast? Although based on the speed of the shipping dates getting later for people preordering, I'd say that a lot of people are buying!

When we get ours we will definitely be reviewing it, but not just by us, we will also round up some friends to review it, too. With both friends that are pro VR gaming, and against, to see exactly how everyone feels when they actually see how it is in real life. 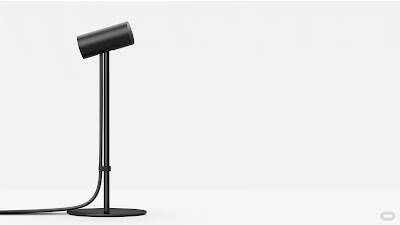 So, what's your opinion? Have you got one preordered?
Let us know in the comments below!