That's it. Honestly. Firewatch was a truly fantastic experience, and I am really happy that we got the chance to play, and review it.

This review is based solely on the PS4 copy of the game. We also have a Steam copy however, so I will add any thoughts I have on the Steam version below once I have finished playing through it again on there.

I will try to keep this as spoiler-free as possible, however due to the nature of the game, that will make this pretty difficult, so I apologize in advance for the very vague review!

In Firewatch, you play as Henry, a man who has just taken a job as a lookout in Wyoming's Shoshone National Forest. Set in the 80's, you are spending the summer in Two Pines Lookout, alone with nobody to talk to except Delilah, another lookout, who serves as your supervisor, giving you your daily tasks via your walkie-talkie. 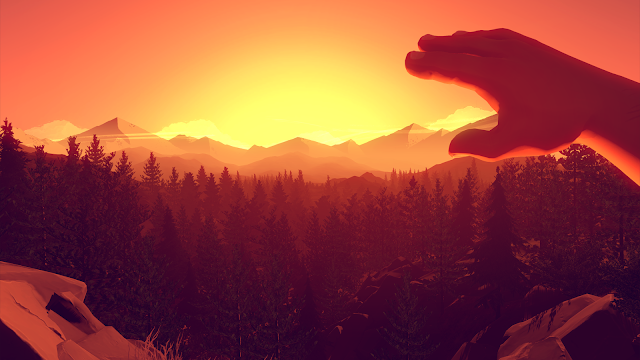 The first thing you notice about Firewatch is how visually stunning it is. The mostly orange-y palette is gorgeous and the entire setting is just breathtaking. I found myself (on more than one occasion!) just looking around at the scenery, in awe of how beautiful it really is.

The second thing you will notice is the voice-acting. It has to be one of the best examples of voice acting I've ever really experienced in a video game. Rich Sommer and Cissy Jones, who voice Henry and Delilah respectively do a phenomenal job, as their voices are just so natural and relaxed. It really lends some authenticity to everything you're experiencing. As does the characters' interactions with each other. There is no air of falseness in these characters. They are both (without revealing too much) fairly broken people, with each having their own troubles and insecurities, and it really makes the story all the more believable. 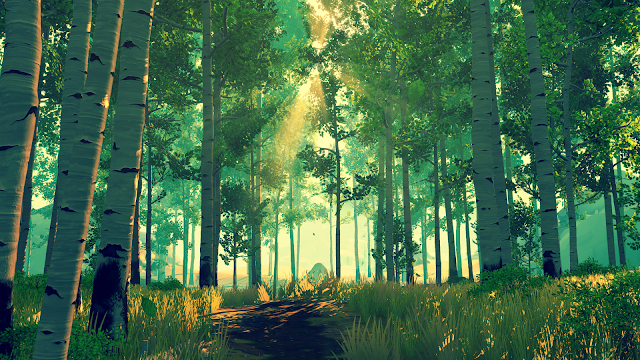 Henry has a wife who is currently unwell, and you have come out here for a summer job, whilst Delilah has been working in her lookout for the past thirteen years. Dialogue between the characters is chosen mostly by yourself (well, Henry's side anyway) with little branching options given every time Delilah asks you something. Depending on your dialogue choices, as well as the choices you made in the beginning (which had a fully text-based segment), the story may change in a variety of slight ways. For example, in Allan's playthrough, it was suggested that Henry has a little bit of a problem with alcohol, whereas on my playthrough, this didn't seem to be the case at all.

The game is set within the beautiful Shoshone Forest, and there's a few things you may spot when playing through the game, such as animals, various things you can report back to Delilah about and even a couple of little Easter Eggs. 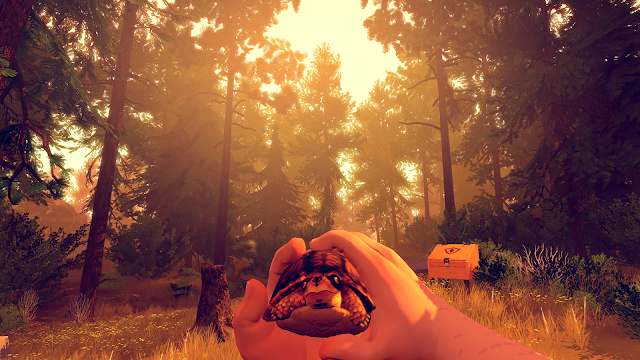 In the grand scheme of things, outside of the tasks you are given by Delilah, there isn't a whole lot of exploring to be done that you wouldn't really do naturally when playing the game, at least in my experience.

You play the game with no mini-map in the corner of the screen, like so many of us are used to now. You are given a map, and a compass, which you can bring up on screen by pressing down . That's it. You have to figure it out yourself. Sometimes this is fairly easy, for instance if you are following a straight path west to get to a location, such as a Supply Cache. Then that's nice and simple. But when you're given an instruction of "Go to [this area]" and you just have to figure out the route yourself by using your trusty map and compass, that's where things can sometimes get a little confusing. 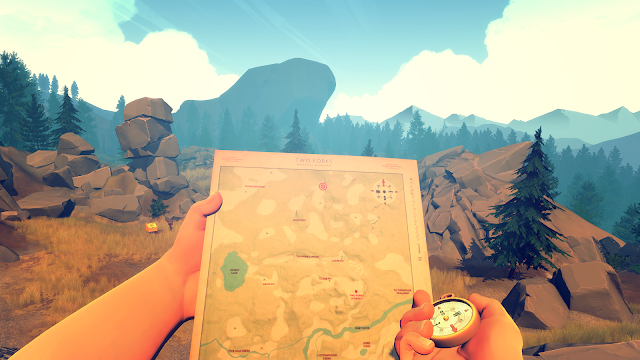 For example, towards the end of the game, I was told to make my way to "X" part of the map (I won't say where I was told to go to avoid risk of spoilers), and on my way there I took a wrong turn I think three separate times, even though I was using my map and compass religiously. All it took was for me to be looking in a direction that was obviously on the cusp of changing from North to East, and I abseiled down a steep drop, and then ran for a bit before looking at my map to see that I was not going North like I'd expected, so had to backtrack. Cue this happening twice more in the same segment of the game, and you have me getting all flustered like I'm genuinely lost in the woods.

With a total playtime for me coming in around the 4 hour mark, Firewatch definitely isn't a long game, and I'd say that's the only thing that slightly bothered me about it. However, being longer just might not have worked quite so well, so maybe 4 hours was the perfect length after all. 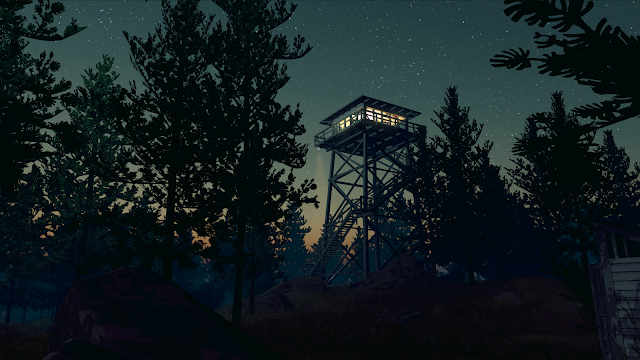 The story really had me engaged throughout, and other than a couple of framerate issues when climbing rocks or reaching a point where the auto-save kicked in, the graphics were spot on, and I absolutely loved the art style (well done Olly Moss!). And one last thing I will mention is that early on in the game, you will find a camera. It only has around 15 shots left (if I remember correctly) for you to use as you see fit. Use them all by the end of the game, as during the ending credits, the photos you have taken will run alongside the credits, and it really makes the game seem even more real, and really hits you right in the feels.

I'd gladly give Firewatch a 9/10, and would thoroughly recommend that you all play it ASAP, as it truly is one of the most enjoyable gaming experiences I've had in a long time. 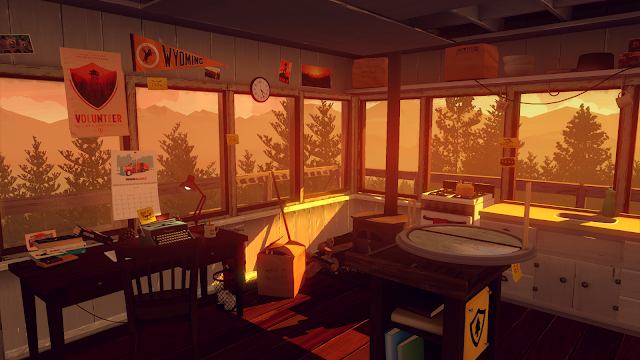 Big thanks to Campo Santo for creating such a truly wonderful game.

Priced at £14.99 normally, Firewatch is available on the Playstation Store and Steam for 10% off at the moment (ending today for Steam, and on the 16th for PSN) so jump on it while you can.

Have you played Firewatch? What did you think about it?
Let us know in the comments below!