Recently the online store iam8bit has delved into the world of Video Game Collector's Editions. First with their exclusive listing of a Collector's Edition for indie-game Oxenfree, and now with another release, for ADR1FT (they did have a CE of Hotline Miami 2 previously, however it was just the Vinyl Soundtrack with a download code for the game, so I'd say that's more of a Vinyl CE than game CE).

Their debut CE, Oxenfree Collector's Edition is up for preorder at the price of $55.00, due to start shipping later this month.

As shown on the listing, it includes:

- A GAME DOWNLOAD CODE for OXENFREE. Select either PC/Mac (via Steam) or Xbox
- An OXENFREE COOLER to keep your beverage(s) of choice nice and cold, large enough to store a six-pack
- A STASH CAN to discretely store your unmentionables, made from an actual, off-the-shelf can (beer for 21+ and soda for customers under 21 years of age)
- A CAN INSULATOR referencing locals' favorite watering hole from the game, Seafood Sammy's Happy Shanty
- A roundtrip FERRY TICKET to Edwards Island
- REDHEADED BEDWETTERS DEMO TAPE - an EP of tracks from Ren's band, the Redheaded Bedwetters. Listen closely, because you might hear something important
- A DOWNLOAD CODE for the REDHEADED BEDWETTERS DEMO SONGS featured on the cassette. They may have had a little help from OXENFREE composer, SCNTFC
- A foldout TOURIST MAP from Edwards Island, mimicking retro game maps from back in the day. The flipside of the map features a poster image of the OXENFREE key art. 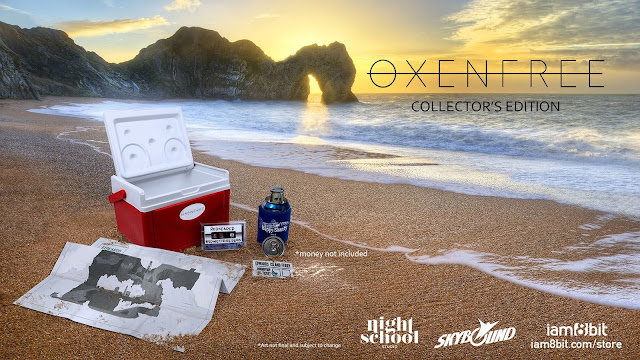 Their second offering, ADR1FT Collector's Edition is also currently up for preorder, at the listed price of $54.95, to begin shipping in late March 2016.

Its contents, stated on the listing are:

- GAME DOWNLOAD CODE - A Steam code for the PC version of ADR1FT, delivered via email before the game’s official release date on March 28, 2016.
- 756-PIECE JIGSAW PUZZLE (30x16”) - Two different puzzle designs, both created using actual in-game screenshots and housed inside a collectible box, modeled after the onboard containers found within the in-game space station. The finished size of each puzzle is 30x16” - great for framing after completion! One randomly chosen puzzle design will ship with each order. Ordering two (2) guarantees receiving both designs.
- ASTRONAUT ICE CREAM - A nostalgic, grade school treat - Neapolitan flavor.
- SPACE STATION PATCH - Akin to the suit badges worn by real-life astronauts, this HAN-IV patch is an embroidered memento pulled from the game’s fictional reality. 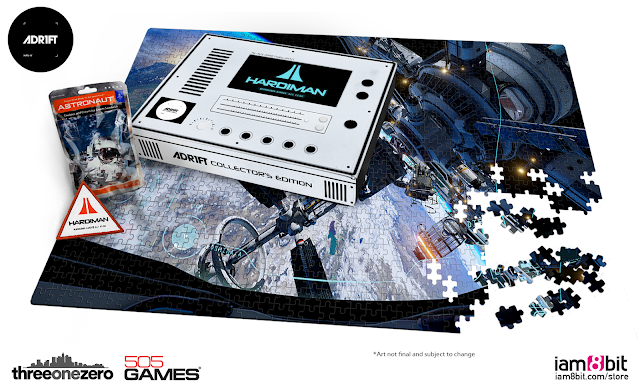 We're very excited for both of these editions, and will definitely be doing an unboxing and review for you all for the Oxenfree CE when it is released. Hopefully we will also be able to unbox and review the ADR1FT one, however we're currently very low on funds - basically non-existant, in all honesty - so will have to wait to order that one at a later date.

One slightly annoying thing about the editions is the slight variants available. Oxenfree comes with a can, either Soda or Beer (empty of course), to stash stuff in. Which is annoying, but at least you can choose which you'd prefer. However ADR1FT comes with one of two puzzles, and no choice in which one you get - although they have confirmed if you order two, you will receive one of each variant.

The two jigsaw puzzles are as follows: 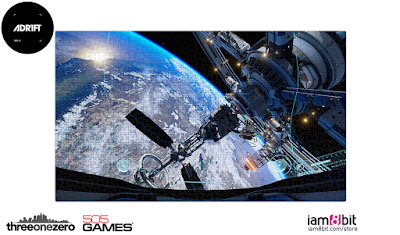 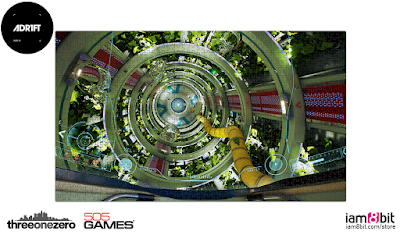 Personally, I love both, and would ideally want to own both so we could frame them side-by-side once completed (as we've recently just done another puzzle, haha!)

So what do you think about these editions?
Let us know in the comments below!