So we're finally getting close to the release of the Crash Bandicoot N. Sane Trilogy! I honestly cannot wait, as Crash was one of my favourite game series growing up (Warped ftw).

Sadly the UK doesn't seem to have all that much in terms of an Edition, or anything like that. We've got some cool merchandise, but that's about it.

But Italy? Holy shit, Italy got this. 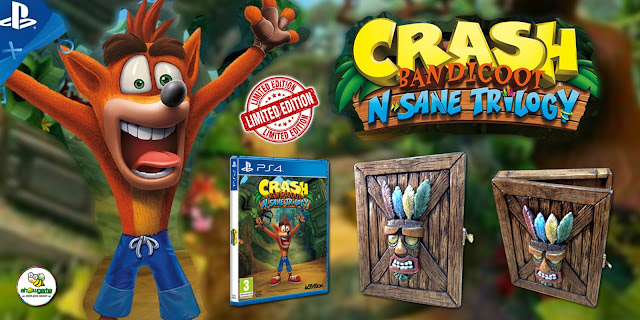 Loosely translated, that works out as:

- Game PS4 Crash Bandicoot: N. Sane Trilogy
- Numbered wooden box (not at all sure why they have described it as a Steelbook?)
- Aku Aku made out of resin and coated.
- Dimensions 15cm x 19cm x 2cm

According to the store's Facebook page, Showgame Palermo, this edition is limited and numbered to 100 pcs (and currently sold out), although there has been some debate around this due to it briefly going back up for sale later, minus the game. It should be noted that this is an unofficial edition, so has not been commissioned by Activision themselves. But nonetheless, it is still a beautiful piece. Luckily a friend was able to help me out with this, otherwise I'd have missed out entirely.

In the UK, currently we only have it up as a Standard Copy preorder, but there are a few cool bits of merchandise available from UK brand Numskull Designs. Such as the Pin Badge Set, and TNT mugs below. I really want to get them all at some point soon, but sadly (as always) I'm skint!

And soon we'll also have the release of both the PVC Crash and the resin Crash statues from First4Figures. Only a few more days to go until the PVC one goes up for preorder here! Squeeeeeee! 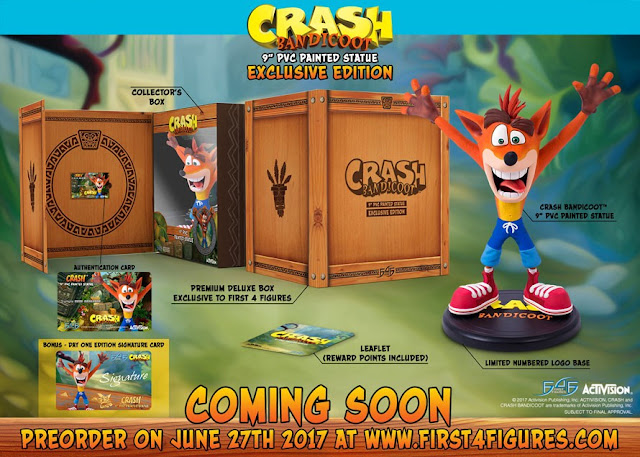 Are you looking forward to the return of the Bandicoot?
Let us know in the comments below!

Email ThisBlogThis!Share to TwitterShare to FacebookShare to Pinterest
Labels: Activision