As big fans of the first season of My Hero Academia, we were super excited to be able to review the first part of Season Two for you all. If you've seen Season One, or follow the manga, then you'll know that it follows the story of a young boy named Izuku Midoriya. Set in a world where superpowers, known as Quirks, are common, he has none. That is, until he meets his idol: the amazing All Might. In Season One, we see All Might pass on some of his Quirk to young Midoriya, who is finally inching closer to his dream of becoming a hero. 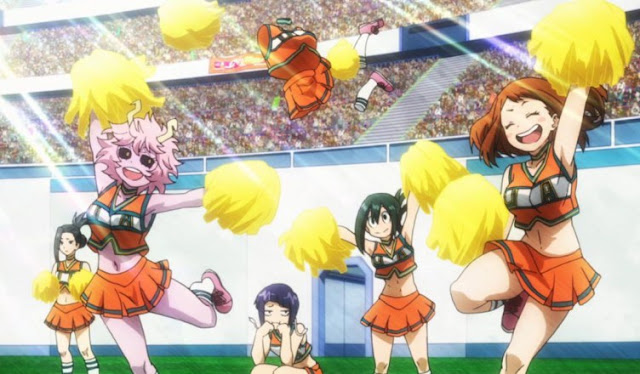 Season Two picks up soon after Season One left off, after the students of Class 1-A had to take on The League of Villains when they invade USJ in their attempt to kill All Might, with them proving their true power after defeating most of the villains. The students of U.A. High School are now competing in a Sports Festival to see who comes out on top. It's a fantastic way to show off a lot of the Quirks that we either didn't get to see much of in Season One, or haven't yet seen at all. It's full of emotional moments and really gets you to feel for the characters. A lot of teamwork between characters is shown, as well as them having to push forward, forgoing their friendships during each round of the challenges in order to give themselves the best possible chance at getting that Number 1 spot.

There are more than a few moments during the Sports Festival where we have been sitting on the edge of our seat, as the scenes are action packed. Similarly, the dynamic shots and interesting angles have returned from season one, which really adds another layer to an already amazing show. 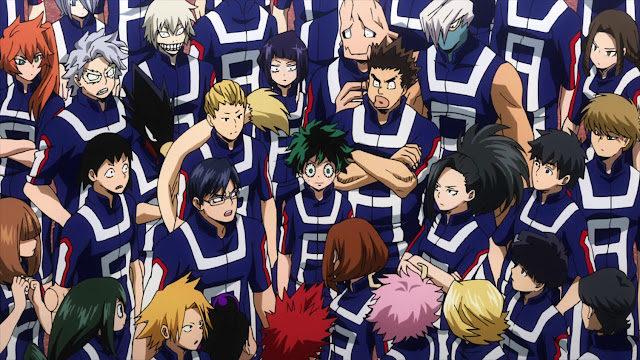 We get 12 episodes in Part One of Season Two, and they all consistently deliver us fantastic insight into the characters and their quirks, as well as a fair few moments that leave us struggling to decide how we feel about certain characters - do we hate them for being an asshole, or do we just feel bad for them?

There is a lot more focus on one character this season than we'd seen in Season One: Shoto Todoroki. He'd been given a place at U.A. High School through recommendation, rather than through the Entrance Exam. His Quirk is split right down the middle, with half of his body being able to create and utilise Ice, and the other, Fire. This developed him the nickname (or rather, derogatory name, coming from Bakugo) of IcyHot. A lot of his backstory is explored, and it really does give a whole new side to the character. His reasons for not wishing to use his Fire side, and everything that stems from his childhood really adds a lot to him in the show. 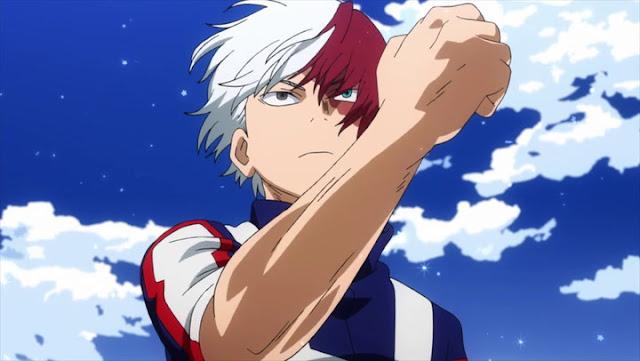 Just like with Season One, the episodes are highly addictive - being only 25 mins or so long, and you'll want to just keep watching until you've seen it all, which believe me, left us gutted when we came to the end of the discs - Part Two can't come soon enough!

An extra little bonus of the Bluray is that it includes a Special Feature, classed as Episode 13.5, entitled "Hero Notebook" which serves as a quick recap of Season One. Perfect to watch to remind yourself of the main points if a lot of time has passed before moving on to Season Two. Other Special Features include 11 "Inside the Episode" featurettes, as well as an interview with Chief Animation Director and Character Designer, Yoshihiko Umakoshi (Berserk). 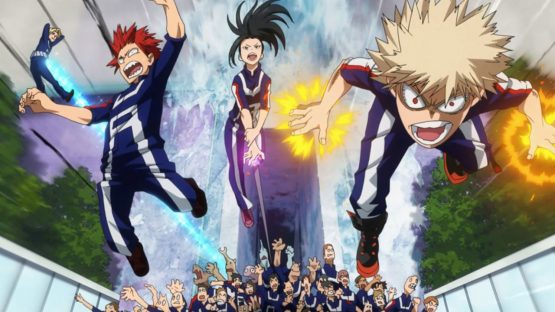 Again the voice acting is superb, with Christopher Sabat (a household favourite of ours) voicing All Might and Justin Briner doing a brilliant job as Midoriya. The rest of the cast are all fantastic too, I don't think we could pick a single one that stands out as bad. The soundtrack is very well fitting too, and really adds to the atmosphere of every single scene.

Not much is seen of The League of Villains throughout the first part of Season Two, bar a few snippets, but we expect that this will change as we move over into Part Two. The groundwork has already been laid with the extensive delving into the main characters, so what we really need to see now is more of the enemies - particularly Tomura Shiguraki (voiced by the amazing Eric Vale) whose Decay quirk is truly devastating (and he's creepy AF), and a new mysterious villain, Hero Killer.

In the end, we're extremely looking forward to Part Two's release, and of course Season Three, which is just about to air in Japan (and get a SimulDub across the US/Canada, UK/Ireland and NZ/Australia via FunimationNow). If you're looking for a new anime to check out, we'd highly recommend giving My Hero Academia a shot. And as with Season One, this gets a Collecting Asylum rating of:

Have you watched My Hero Academia yet? What did you think about it?
Let us know in the comments below!