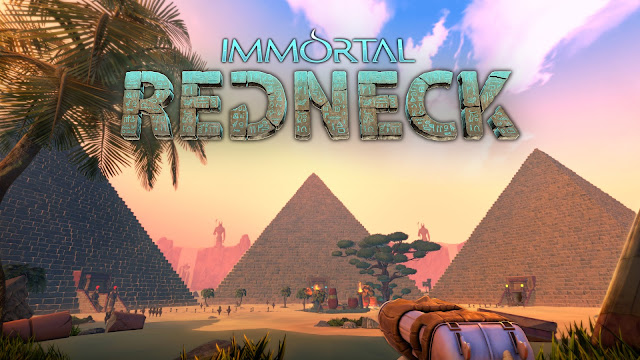 Released at the end of February of this year, Immortal Redneck took us by surprise. A roguelite first person shooter, set in Egypt, you play as a redneck tourist who crashed here and ended up mummified. Remnants of your dune buggy/go-kart can be found on the outskirts of the map, that of which brought your redneck ass to the land of the pyramids. You can't walk too far out on the map, as there's a "dark zone" on the map with an invisible wall blocking you (but nabs you an achievement for trying). There's some pretty huge intimidating figures off in the distance though, so I'm kinda glad you can't go any further, haha.

Procedurally generated dungeons within each of the three pyramids leave you wondering what's to come as you progress through the levels, and with permadeath meaning that you'll drop all the way back to the beginning, the gameplay sure can turn frantic as you dodge and dive out of the way of enemy projectiles. The movement feels great: it's fast, and having the ability to jump multiple times (depending on character) is brilliant for being able to scale upwards on the multi-layered levels.

With nine different character classes, each with their own pros and cons. Some are more preferable than others, but this will depend entirely on your play-style. Allan's preference was definitely Apis (shown third in the image below) due to his increased health and extra weapon slot, but for these improvements, comes the disadvantage of only being able to single jump. It's a case of trial and error when deciding who you like and who you don't. 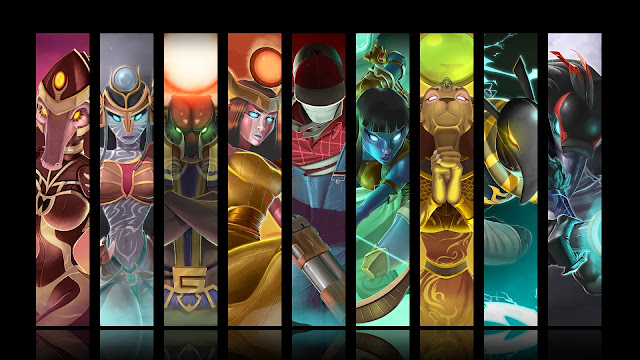 Scrolls can make or break a run for you. Similar to The Binding of Isaac, these pick-ups have various improvements or handicaps, however the difficult thing about them is that they all look the same - just a standard scroll - so you don't know what you've got until you've picked it up, whereas Isaac has different sprites for each item (taking out a little of the guesswork once you get used to what each item does). If you start a run and end up with three relatively good scrolls early on, by all means you can choose to avoid the rest out of fear for ruining what you have going on, but sometimes the difficulties can be what makes a level challenging and fun. 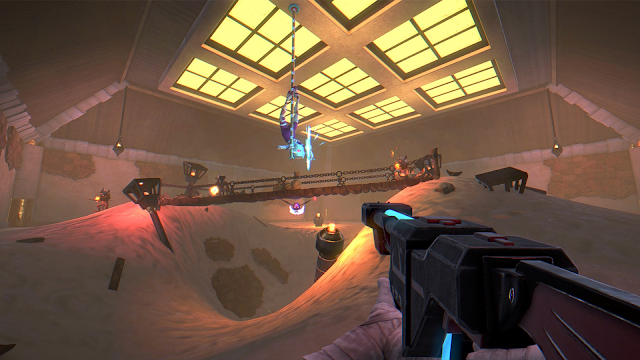 There are three pyramids with seven floors, each housing three mini-bosses and three actual bosses (mini-boss fight on level three and main boss on level 7), but aside from these - and that's only one of each per pyramid - there's not a whole lot other than the normal enemies. After these have been defeated once, you pretty much know the formula for how to defeat them every time; they no longer pose a threat. Definitely wish there was a bit more variety in the bosses, as well as there being more of them instead of just three.

At the end of each pyramid when the boss is defeated, or if you kick the bucket beforehand, you are brought back to the Pyramid hub world. The gold you gained in that run can be used for upgrades on the Skill Tree (or to unlock Scrolls for the following run). Any gold left unused when you make your way back into the pyramids is lost, so you're best to spend as much as you can before then! 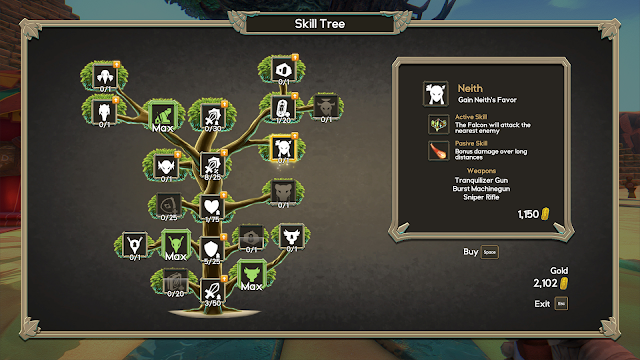 It reminds us of a roguelite Serious Sam game, and when is that ever a bad thing!? The game looks and feels great and the music is pretty cool. However, the game lacks the meatiness of games such as The Binding of Isaac, and we'd have liked to seen the developers dive deeper in the making of it. Whilst it is a fun game, it's relatively short once you get into the swing of things, and once you're done you're unlikely to go back to it, whereas The Binding of Isaac still has us playing years later.

Available in the UK for £15.99 on Xbox One and PS4 (and slightly cheaper on Steam), we would probably recommend picking it up if you're a massive fan of dungeon crawler roguelites, otherwise it's just not going to be for you. It's not got a great deal of substance that makes us want to keep going back to it now that it's completed, but it did make us want to see it through to completion. In the end, we give it the Collecting Asylum rating of:

Have you played Immortal Redneck? How did you feel about it?
Let us know in the comments below!