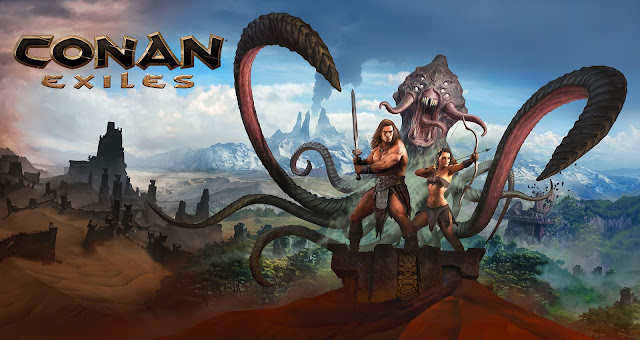 When we first saw anything about Conan Exiles we were excited. Open-world survival games with the ability to craft till your heart's content is something that really resonates with us - especially Allan. It's why we were interested in Ark: Survival Evolved, and while that doesn't get played as much as it should, we were glad that another game was on the way that fit the bill, to bring us right back into that genre of game.

With no tutorial, you're dropped into the world of Conan Exiles the moment Conan himself cuts you down from a crucifix, and you're left alone, fending for yourself in the wild. Normally, the lack of a tutorial is something we're quite glad of, because everything (for the most part) is able to be easily figured out by yourself... but with Conan, we just felt lost and frustrated at not knowing what the hell we were meant to be doing. The in-game Journal gives you some pointers of things you should try out or do, but aside from that, the world is your oyster - you just have to figure out what you want to do going forward. Do I want to build a base? Harvest supplies? Explore? 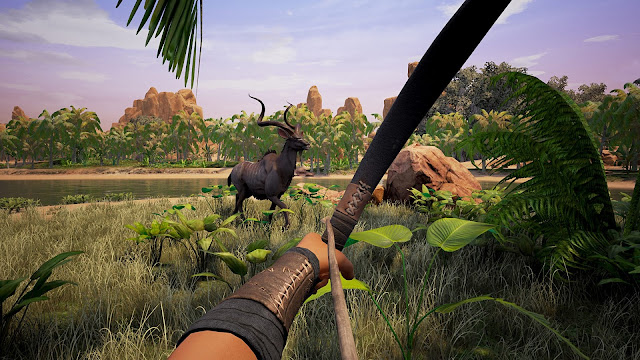 Crafting is a huge part of Conan Exiles, so naturally this is something you're going to have to do a lot of to begin with, as well as searching for supplies, but this quickly becomes monotonous due to how needlessly convoluted the crafting system is the higher up the item tiers you go. Beginner items that you'll require, such as shelter and a bed are things you should prioritize right off the bat, as these become your respawn point should you die whilst out in the wild - and believe me, I died a lot.

Gathering enough resources to craft the items you need, be they armour pieces (which require THREE different crafting stations!) or even for building an elaborate base to call home, is hugely drawn out and tedious. Multiplayer opens this up a little, and means that tasks can be shared among multiple players in a "Clan", reducing the overall length of time required to craft and build what is needed, however Multiplayer also creates the added risk of other players attacking and destroying all of your hard work, negating all that time spent in an instant. 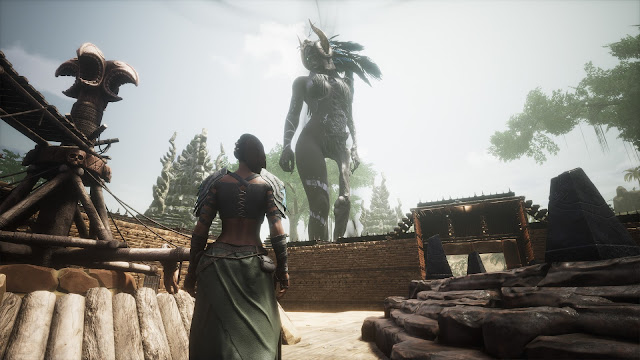 Playing solo is usually the route I go down when presented with the choice in games such as this. It means I can play how I want, and I don't have to worry about what other people want in terms of the appearance of bases, tasks, etc. but the staggering amount of time required in order to build what I want means that I'm forced to give Multiplayer more thought (and I just can't quite decide how I feel about that).

The environments are beautiful, and the environments have definitely been created to encourage exploration - with plenty of hidden nooks and crannies for you to seek out and search for any treasure potentially hidden within. But the world itself just feels so bleak and empty: there aren't many NPC Outposts available, and even when you find them there just isn't a whole lot going on, again promoting the Multiplayer side further since, at least there will be other people playing. Enemies are varied, with plenty of creatures out there just waiting to tear you to shreds, and combined with the harsh environments, such as the killer Sandstorms, you'll find yourself struggling to stay alive - yes I know it's a survival game, but holy shit. Combat, however, is tiresome, and just didn't have enough of a flow to it to make us really enjoy it. It's slow and just, well, not fun. I longed to love this game, but there's just too many things available to be picked apart - and that's before I've even touched on the bugs.

The bugs. From falling through maps, to reports of people's buildings getting randomly destroyed (with no input from NPCs/other players) right down to the simple inability to even get on to a server, there's just too many issues that ruined any and all enjoyment we were having with the game. Conan has a lot of potential to be a great game, but ironing out all of the bugs is definitely going to have to be done soon before players all quickly lose interest. If anything, the game just reminded us of what we were missing by not playing Ark in a while, so we ended up going back to that!

In the end, we have decided that Conan Exiles gets the Collecting Asylum rating of:

What do you think about Conan Exiles? Have you played it?
Let us know in the comments below!