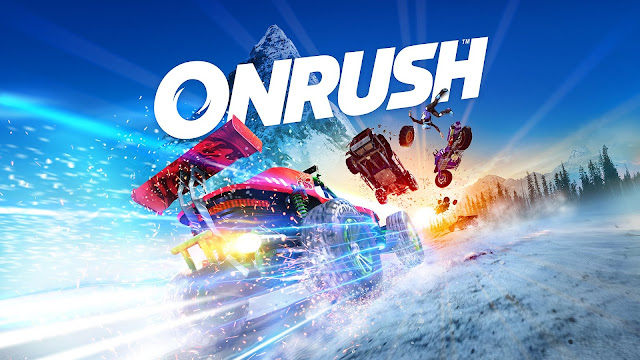 ONRUSH is like no other racing game you'll play this year. It's more vehicular combat than racing, but still has those chase your enemies to the finish moments of games typical of the genre. Teams of players take each other out in an aim to gain the most points during the race, and that defines the winner. No first to cross the finish line here.

Four game modes give players the choice to play as they like. Overdrive allows teams to score points by boosting - and to gain boost, you must take out enemy vehicles and performs tricks, whichever team reaches the target score first, wins. Countdown has you racing against the timer to hit checkpoints - and these checkpoints boost time. Once one team hits zero on their timer, the other team wins the point. Switch gives each player three lives and they must take each other out. With each death, you will respawn with a better, more powerful vehicle in order to give you a little bit of an edge, right up until you're wiped out completely. Finally, we have Lockdown which is "King-of-the-Hill" style, where teams must chase a zone along the track, remaining within the glowing area in order to gain points. Each game mode is really fun, and a Ranked mode is "coming soon" so this gives people incentive to keep coming back. 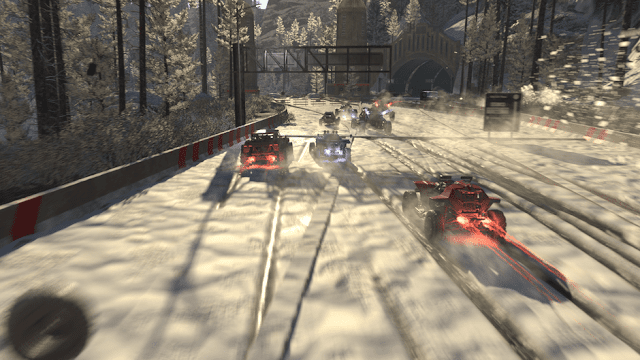 We encountered an odd bug whilst playing - although it looks like some other people online did, too - where loading into the main menu (even to begin with) would nil out the sound. The only fix we came across was to play with headphones plugged in, as nothing else seemed to work. You don't realise how much you rely on sound in games until you suddenly don't have it, so we'd have been even more gutted if there was no workaround at all. The sound, when it works, is glorious, with the crunching of vehicles annihilating each other, and the soundtrack is really fitting - especially when using your boost and doing tricks and flips along the track.

When playing, your team is easily identifiable as being all of the blue vehicles, with your enemies being orange. There are other white-outlined ones too, known as Fodder, that are AI vehicles you can take out in order to increase your boost. As well as your boost, you have a Rush meter. This is like a super-charged boost, that makes you all the more powerful when blasting round the tracks. The smashed up vehicles look great too, and seeing the million bits shatter everywhere after a particularly well-timed takedown is done perfectly. 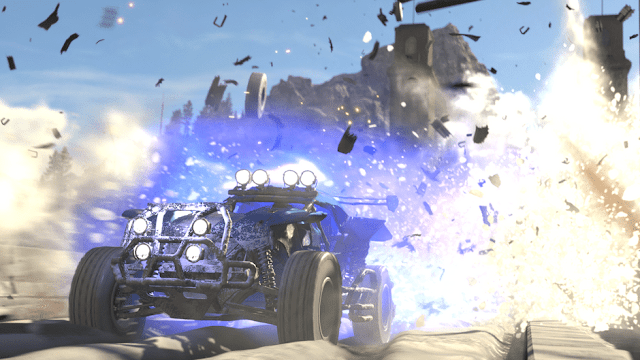 As well as being a fantastic online experience, ONRUSH also has a Single Player mode which enables you to play against AI vehicles, to work your way through the Superstar Career to win the ONRUSH Founder's Trophy. Couch co-op would have been a great addition, as smashing apart the opposition with your buddy would be so much fun.

There are eight different vehicle classe, each with their own abilities, which is good as it allows you ample time to totally get to grips with each one - instead of being a seemingly limitless amount that you'll never perfect. You can customise your vehicles, as well as your character with skins gained from Loot Boxes earned through levelling up (in both Single player and Multiplayer). You can also customise your tombstone, which other players can smash through once you die in order to gain extra boost. 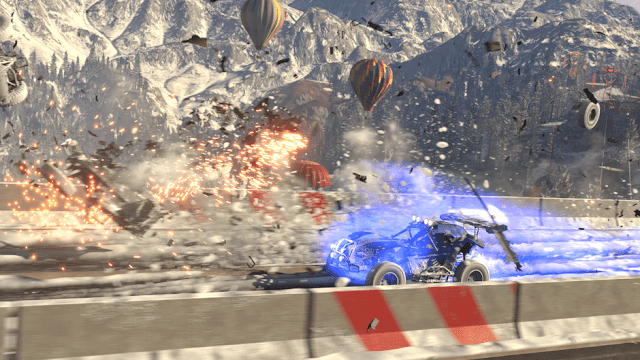 In the end we gave ONRUSH the Collecting Asylum rating of: