Bethesda’s latest offering in the Fallout series, Fallout 76, has veered down a new path into a scary new territory – a fully online multiplayer one. With the core mechanics of the previous Fallout games intact, the game feels much as you’d expect – but there’s something missing. The world feels vast, but empty. Where there were once NPCs floating around in various areas, there is nothing. Enemies still spawn, often in unsettlingly large numbers – coming across a group of ten or so Super Mutants within half an hour of starting was definitely a massive warning to turn around and go another way – but the lack of other characters to interact with leaves the world feeling more barren than you’d expect for a post-apocalyptic landscape.

Other players will be lurking around, living out their stories whilst you go on yours, an ever present reminder of their locations showing on your map, but aside from the ability to team up with them, or kill them, there’s no real benefit to their existence, unless you both want to go toe-to-toe. To prevent players from repeatedly hunting down and killing others who just want to be left alone, Bethesda has implemented a system which marks you for killing another player in cold blood and prevents you from being able to loot their body or gain XP for the kill. Upon respawn, you are able to hunt down your killer for revenge and bottlecaps without punishment - and other players are invited to do so too via the Bounty placed upon the character; however this deterrent has done little to stop some players from being a huge pain in the neck for everybody. Add to that, the fact that you can see player locations on the map (with their gamertag prominently displayed next to it), this gives griefers the ability to target sole players repeatedly. Luckily, we’ve only come across this issue a couple of times as the server you load into can only hold so many players at once, luckily reducing the likelihood of you ending up lumped in with a bunch of idiots at once. Sadly, this whole loading into a server issue comes with another problem – things you do within one server, such as taking over a workshop camp, will be lost forever once you quit the game as you are not tied to one single server for your entire playthrough. 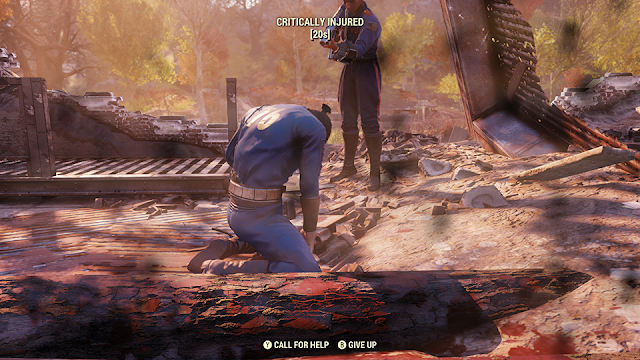 Visually, Fallout 76 doesn’t look all that much different from Fallout 4, if a little bit less impressive, which is slightly worrying considering that Fallout 4 was released THREE YEARS AGO, and yet somehow still looks better. The lack of other characters to interact with probably emphasises this, as although Fallout’s NPCs have never looked fantastic themselves, they at least gave the environment more life and made the world a bit less… boring. The world, for the most part, feels like it is still in Beta, and that we are the few lucky sods that have been given a code – there’s not enough people around to populate the servers (albeit they can only hold around 20 odd people) and with the world being so wide and open, it’s rare that you’ll bump into anyone except at specific quest-related locations.

The mission structure isn’t very engaging, and instead just gets you to go from one place to another, reading notes and listening to messages left by previous vault-dwellers to guide you on your way. It feels so empty and lackluster, and whilst we understand that a world recovering from a nuclear event would feel a lot less alive, there’s a distinct lack of struggle to survive than what you would expect for being so isolated. Everything just feels quite bland, and not what you want, or need, from a Fallout game. A couple of instances occur where things liven up for a bit, with missions requiring more involvement, but after these pass, you are straight back to ambling around from marker to marker. Timed quests can be a huge pain to complete when playing alone also, so joining up with some other players (or friends, if possible) might make things better for you in the long run, but there just doesn't seem to be enough to keep it fun at present. If you had a decent number of friends to strategize with, it would probably make the game at least a bit more enjoyable, but with nobody else in our friend group having bothered to get the game we have missed the chance to test this out directly. 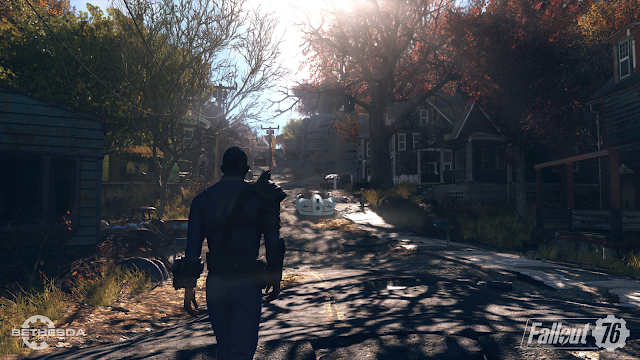 An unsurprising fact for you all is that Fallout 76 is riddled with bugs. This is something that pretty much plagues all of Bethesda’s releases, and doesn’t seem to be improving as each release passes. One by one, bugs are eliminated, but it’s a slow process – and whilst not all bugs are game breaking, or frustrating, the ones that give you a little giggle when they occur, such as bodies flying into the distance after being shot, or glitching and getting stuck in the walls of buildings still impact the game negatively – after all, these are things that should have been ironed out in testing. Especially since we see these bugs arise in every new Bethesda release – you’d think they’d have sorted some of them out (or at least know how to identify them prior to launch). The framerate drops often, and people have apparently encountered issues where quests simply cannot be completed for one reason or another (although we personally haven’t come across that issue). It's not exactly what you want to be dealing with after shelling out on the game at release (especially after seeing it drop so quickly afterwards).

Whilst it may be possible that the game will improve over time, as Bethesda tries to implement new things to reinvigorate the quickly dying release, currently it just feels too lonely and just doesn't give us the same Fallout feeling we've grown to love. You'll occasionally come across interesting little set ups of a world left behind, giving a glimpse into the inner workings of life in West Virginia before the war, with the way that houses are set up, or teddy bears laid out to enact some grizzly scenes (a la watching some gnomes decapitate a skeleton), but even this makes you feel sad for what could have gone into the game, and what just fell by the wayside. In the end, we decided to give Fallout 76 the Collecting Asylum rating of 6.5/10. 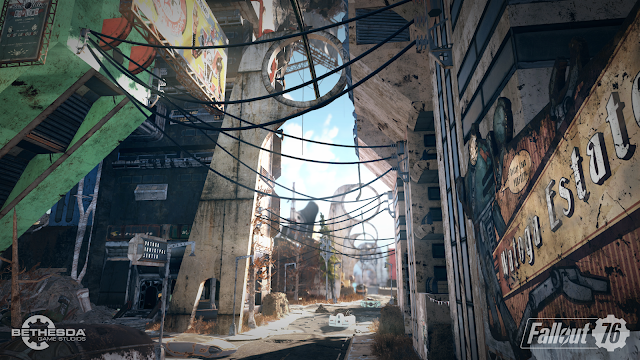 Have you played Fallout 76 yet? What did you think of it?
Let us know in the comments below!