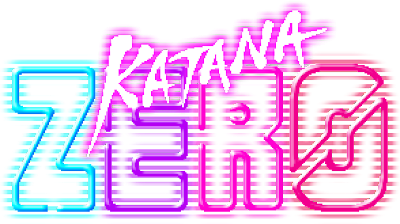 I've been looking for a new game to get me back in to playing the Switch, and Askiisoft's Katana Zero has definitely scratched that itch. It's a fast paced game with hugely addictive qualities, and I could not put it down.

You play as a samurai who has no idea who he is, aside from the fact that he served in a war seven years ago and has been unable to recover his memories since. You now work as an assassin who receives dossiers with target information after each visit with your therapist. These visits seem innocuous at first, but soon things start to piece together. 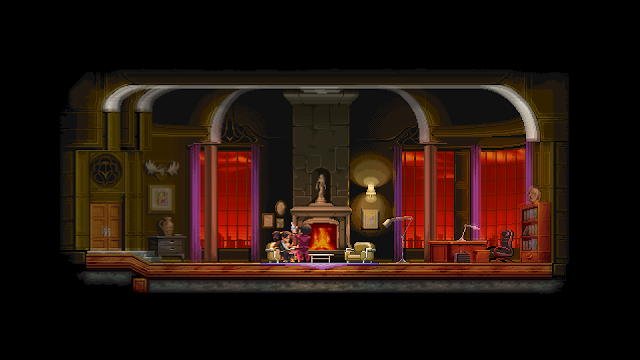 As each level loads, figuring things out can seem impossible at first. Timing your dodge-rolls, reflecting bullets back towards enemies and slowing down time to ensure your survival are just a few of the mechanics at your disposal. Learning your enemies movements and attack patterns is crucial to your success. I found that you need to be aware of these things but don't over-think them, as doing so will often lead to your demise.

Taking one single hit from an enemy, or a mis-timed run under massive crushing machines will send you right back to the beginning of the level you're on. These deaths are short-lived however, with a quick restart having you back in the action within seconds. It's easy to quick restart and repeatedly make the same simple error, or successfully get through a level only to make a silly mistake towards the end and find yourself starting over. The more you try to rush, the more mistakes you will make, so take it easy! 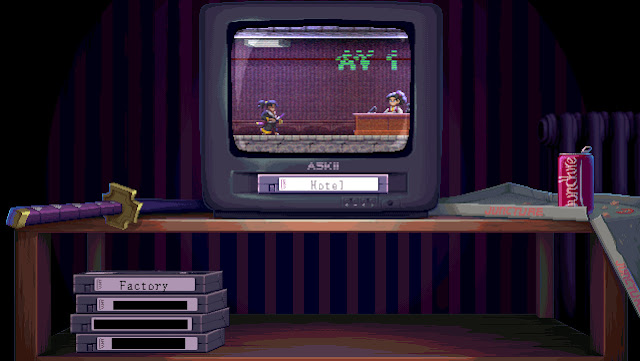 As each level is completed, you are given the option to watch just how everything played out on CCTV. Doing so might allow you to see areas where you can improve, and helps you to learn how each specific enemy type interacts upon detection. If you fail a level and opt to restart, what you've just played will rewind. One element I think I might have liked here is the ability to utilise this rewind skill to return to a moment immediately prior to death, giving you the chance to avoid having to run through a whole level again.

VHS tapes are also how the levels are displayed under the Level Select screen. Names are blurred out until levels are unlocked, keeping a little of the mystery going. All of these elements to the game really immerse you in it, with it adding another layer of depth to the story. I really like when developers do things like this with things as small as menus and options - it's not a totally necessary addition to have fun and quirky menus, but it really highlights the love and attention to detail that has gone into making the game. 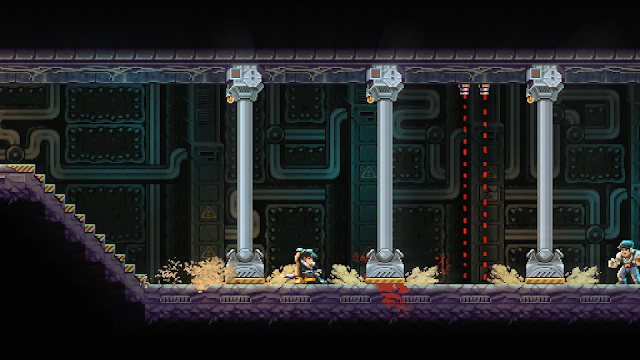 Dialogue is fun and interesting, with certain choices making an impact on how conversations will turn out further down the line. Aside from the few standard choices of response, you will sometimes have a snappy response too, whilst the timer bar is still within the red section. These responses tend to cut off whoever you are speaking to, and demand more urgency than the other options. It helps to try and remember what options you chose, as you may be questioned on it later - and a wrong answer might cost you.

We really enjoyed playing Katana Zero, and will definitely be keeping an eye out for any of Askiisoft's future titles. The simple style, combined with the beautiful art design and catchy soundtrack just made KZ a joy to play - even if we got frustrated at times. 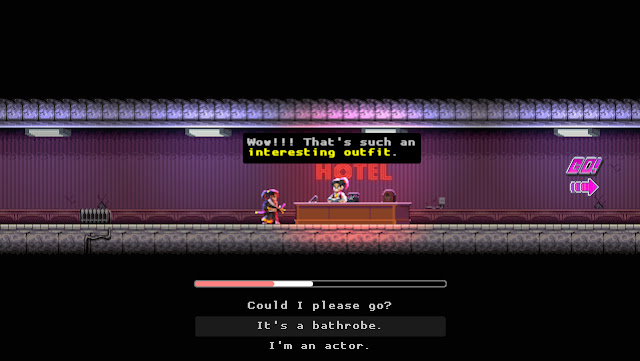 In the end, we decide to award Katana Zero with the Collecting Asylum score of 9/10.

Have you played Katana Zero yet? What did you think of it?
Let us know in the comments below!

Phobia Game Studio’s Carrion is a new, but totally different kind of horror game in that you play as the monster. It’s an interesting ...