Apologies in advance for the mega-late review of Sekiro. Evidently, I suck at games like this and well... I needed to play more than just the first twenty minutes (x50) to adequately have an opinion!

FromSoftware's latest title, Sekiro: Shadows Die Twice is every bit as punishing as the Souls series is known for. Set in late 16th century Sengoku Japan, you play as Wolf, a shinobi on the hunt for revenge after the kidnapping of his master. After losing your arm in the fight against Genichiro, you are taken in by a Sculptor who fits you with a prosthetic arm known as the Shinobi Prosthetic. This arm has a multitude of upgradeable weapons available to it, which you must find and return to the Sculptor for attaching in order to aid you in your quest for retribution.

The tagline alone sums it up nicely. Combat is now less about furiously bashing buttons to reduce the enemies' health, and instead focuses on their posture. An enemy with full health can have their posture totally thrown off with the right moves, making them vulnerable to Deathblows. Utilise the different Prosthetics you have on hand (I actually groaned at that pun, sorry!) to gain an advantage (or should I say, upper hand... right, I'll stop now) over your enemies. 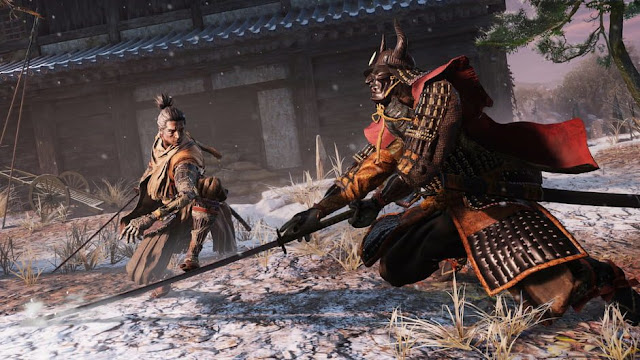 It's unbelievably frustrating at times, and I fell victim to my own impatience on many occasions, finding myself in an infinite loop. Wipe out all enemies in the area. Take on the boss. Die. Repeat. Do a little better this time. Die. Repeat. Think I've sussed it out. Die. Repeat. Get impatient and try to do things faster. Die faster. Repeat. The cycle goes on and on.You'll find yourself almost crushing the controller in your hands out of sheer exasperation, before telling yourself that everything is fine, it's supposed to be hard. That you'll manage it next time.

Sometimes the best thing you can do in that situation is just walk away. Leave the game for a while, do something else. Anything else. Then, when you come back to it with a clear head - armed with the knowledge you gained the first hundred times around - you just might do it. Having the ability to revive after death - providing you haven't already wasted it dying a needless death 30 seconds before a boss fight, is one of the best aspects of the game. It is in the name after all. This allows you to figure out a plan of attack, and coupled with your Healing Gourd, can make all the difference between finishing a battle or not. 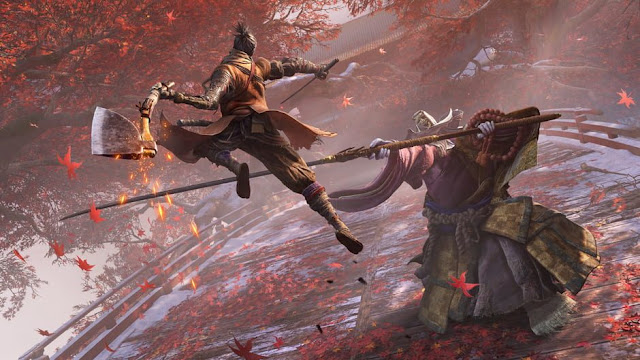 Death - and in particular, repeated death - can cause Dragonrot. A horrible illness afflicting many of those around you, increasing infection rate the more frequently you are killed. Revives do not increase this, and with the discovery of Dragon's Blood Droplets, this can be reversed, allowing questlines to continue (as some may be affected if the relevant NPC is infected) and Unseen Aid - the chance for XP and gold to not be halved upon death - restored.

As can be expected from a FromSoftware title, the bosses are fantastic and interestingly designed. With differing levels of difficulty and necessity, taking the time to decide if a boss is worth attempting now or coming back for later gives you extra control in how you want to play. Some bosses can't be avoided, which can make for a pretty tough time, but you'll find that a whole bunch of 'em can just be ignored and ran straight past if you don't feel up to it just yet. 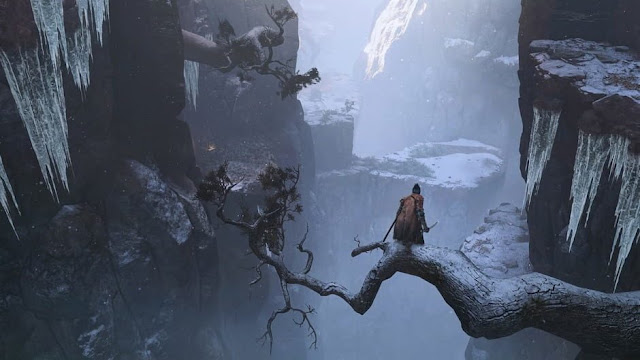 The varied settings are stunning, and travelling from place to place is made all the better through the use of your built-in grappling hook. This allows you to build up some speed on your travels, and comes in handy when up against tough bosses as it allows you to not only get some space to recover but can also be used before/after certain attacks to give you a quick opening to attack the enemy.

Shrines seem to be less spaced out than the Bonfires were in the Souls series, giving a touch more comfort to an otherwise nerve-wracking expedition. These allow you to navigate the world quickly and easily, as well as giving you the chance to rest and replenish your resurrection power, whilst respawning enemies (aside from bosses) to allow you some time to grind and build up those experience points. The sound design is beautifully done, with a fitting score and superbly done voice acting - even when using the English voice track. 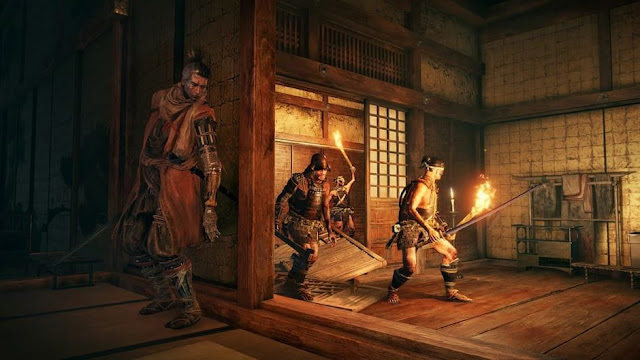 A few glitches happened here and there, but nothing so serious as to make the game unplayable. Most were just hilarious physics issues, often caused by the de-spawning and respawning of bodies when entering a previously cleared out area, resulting in the bodies falling from the sky or flailing around awkwardly. These tended to cause more of a laugh than anything else, and didn't impact on gameplay experience at all.

In the end, we decided that Sekiro: Shadows Die Twice deserves the Collecting Asylum rating of 9/10.

Have you played Sekiro? What did you think of it?
Let us know in the comments below!