Dauntless is a new Free-to-Play game by Phoenix Labs and easily rivals lots of the higher tier AAA games that follow the same purpose. Dauntless feels like paid release, and aside from optional extras such as the Elite Track of the Hunt Pass (similar to Fortnite's Battle Pass) and cosmetic items, there's no need to pay at all.

Previously available only on PC, with an Open Beta running prior to Console Launch and the release of Season 5: Hidden Blades, we were granted early access to be able to feel the world of Dauntless before it was available for general release. A slight hiccup in merging for console launch meant that all players who'd been given access via console had accounts wiped and characters erased, so we had to start again on release.

Upgradeable characters allow you to stand out among the crowd in Ramsgate. With transmog options and dyes to further customize your character to have them looking as you desire. Skins can be altered to look like others using the transmog option, giving you the ability to utilize the traits of one set of armour, whilst having the appearance of another.  You can alter your appearance at any time from the trader in Ramsgate, giving you the ability to try out new looks without the fear of forever impacting your character. 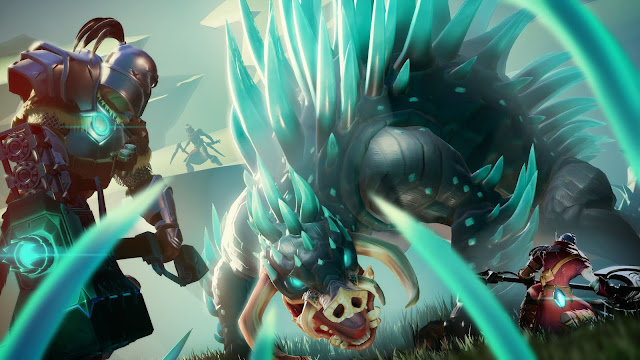 Enemies, known as Behemoths, are varied and range through different elements with inventive designs. You come across Neutral Enemies to begin with, which have an equal difficulty across all elemental types of weapons. As different enemies are hunted and items gathered, these can be used to create elemental weapons which will have a significant boost against enemies of opposite types. Fire based enemies such as Embermanes are weak to weapons created from Boreus parts, and vice versa.

A wide variety of weapons can be forged and upgraded, from swords to guns to hammers and pikes, each with stunning appearances and abilities based on the materials used to create them. Try out all of the weapons instead of sticking to your usual option, as some of them definitely took me by surprise! 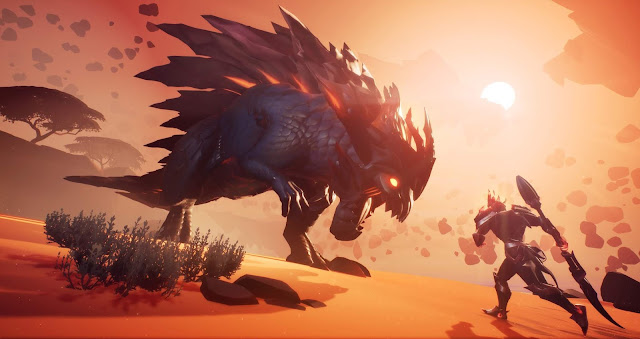 You can play alone in private servers, allowing you to go one on one in a hunt against Behemoths of your choosing. You can play with a party allowing friends to be in the same server with you, scaling enemies' difficulty with the number of players up against it, to a maximum of four. You can also do an open hunt which will gather party members via matchmaking, and will spread the Hunt Rewards between you.

The only issues we have really come up against have been long server queues sometimes reaching up to 80000 waiting to log in at the same time, probably to be expected for such a popular game at launch, especially when cross play has been enabled from Console Launch. 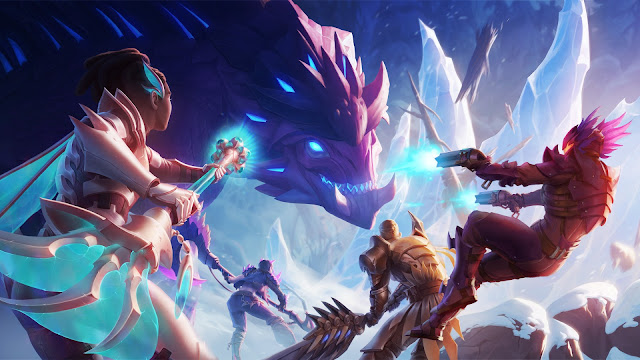 In the end we decided to give Dauntless the Collecting Asylum rating of 7.5/10.

Have you tried out Dauntless yet? What did you think of it?
Let us know in the comments below!