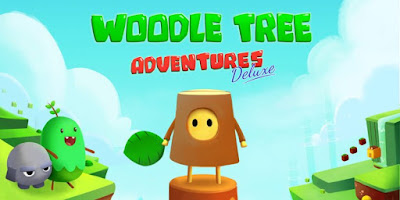 Woodle Tree Adventures is a cutesy platformer created by Fabio Ferrara/Chubby Pixel. Worlds are simplistic and childlike and at first this gives the game a certain charm, but glitchy mechanics and frustrating camera angles make things turn sour quite quickly.

You play as a small tree stump, tasked with retrieving fairy tears to restore peace to the land. All you have on your quest is a backpack; to store all of the berries you can collect along the way (which are very reminiscent of the Wumpa Fruits from Crash), and a leaf. This leaf is automatically upgradeable, with its abilities increasing after certain milestones of berries have been collected. 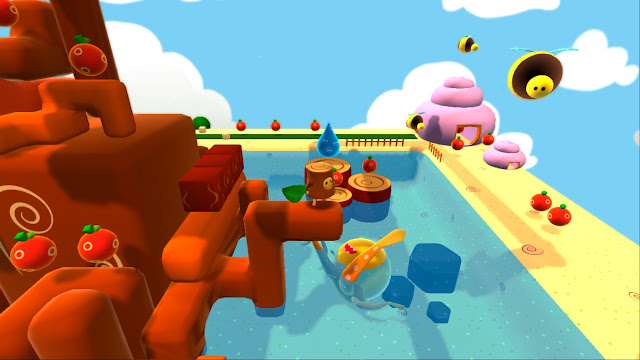 Controls feel quite loose, and unforgiving camera angles frequently resulted in my misjudging a jump and falling off the map. There's no death mechanic in Woodle Tree Adventures, you simply just respawn at an earlier part of the level with no penalties, aside from the frustration of having to get back to were you were.

Waterfall type pillars allow you to reach higher levels of the map, but these can be finicky, often causing you to lose momentum and drop through the bottom instead of floating to the top as expected. Having to redo sections of the game where these are involved after falling off the map (particularly when it's because of these that you'd fallen in the first place) can be a frustrating and tiring experience. 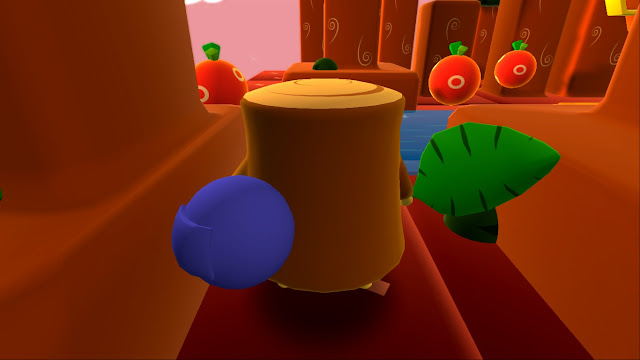 It's an easy game to complete, being capable in just a few short hours and all achievements/trophies being unlockable through simple fruit collecting and completing levels/unlocking leaf upgrades, which will just naturally come as you progress through the game.

Aside from wanting to nab all of the achievements quickly and netting a full 1000 gamerscore, nothing really had me fully invested in the game or wanting to spend extended periods playing it. It's more of a game that I'd recommend to achievement hunters than for someone to truly get hooked playing. Kids might have more fun with its simple style, but the issues may cause them to get bored fast. 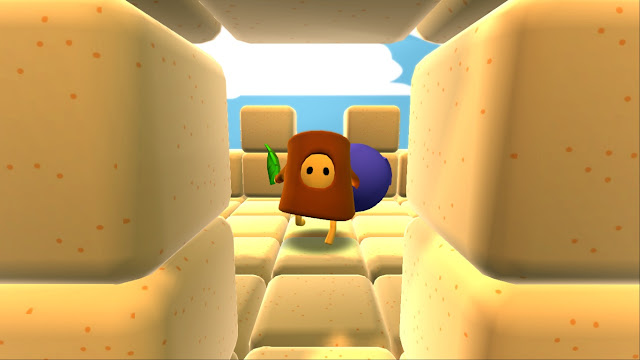 In the end, we decided to give Woodle Tree Adventures the Collecting Asylum rating of 4/10.