Now let me preface this with the fact that I know very little about cars. That's actually what got me interested in Car Mechanic Simulator in the first place. Allan is currently learning to drive and hoping to pass his test and get a cheap car by the end of the year (fingers crossed!) so I figured... what better way to learn some basics - and not-so-basics - about the inner workings of a car than through one of our favourite mediums?

The game begins with an optional Tutorial - of course I did it! - that explains a bit more about the workshop and what functions different tools have, as well as giving you the freedom to tinker about with the cars in your garage before taking one of them out on the Test Track. Tidbits of information are given to advise you on how the game works. Certain areas of the engine can only be access from underneath, so it states this when hovering over these areas to keep you right. Tools can be moved around the workshop to get them near to the car you're currently working on, and things like the Interior Detailing can be used to spruce up the seating without buying a full fresh set. 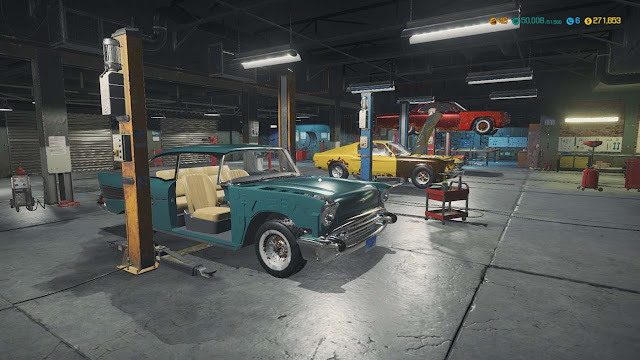 My dumb brain didn't think about the fact that post-tutorial I would likely lose these cars, so there I was happy as Larry, upgrading and customising the car to my ideal look after ripping the entire thing apart and pretty much building it from the ground up again. Sent the car in for a nice new colour finish - a pearlescent pinky-purple hue - and then took her out for a spin. And then the actual game began and my car was gone for good.

A few other things didn't compute in my brain at first, such as the car lifter - I couldn't get this to work at all, and instead would lift the car the tiniest bit off the ground and then I couldn't get it to go any further. Same with the oil change, I could not for the life of my figure out how to change the oil in the car, and with this being the only thing stopping me when it was time to go on to the Test Track I was raging. Drove myself mad trying to squeeze the camera up to the engine as close as I could to see if I was missing anything. I knew where the oil tray was, but no oil change cap. And then I finally discovered it and felt like the biggest idiot in the world as it was staring me right in the face the whole time. 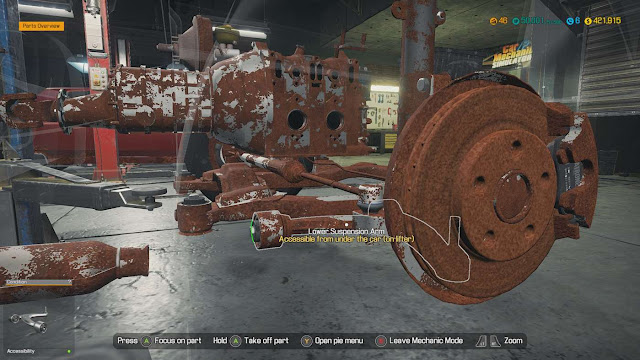 I liked the basic premise of the gameplay, taking orders of what people need done to their cars and trying to get that done as fast as possible to earn money for your own little garage. Games like this speak well to me, such as Overcooked or a million and one other games where you have to do things in a certain order to fulfill a task. The driving moments of the game where you test out vehicles was the weakest part of the gameplay, as the mechanics just didn't feel tight enough and had that early-generation floatiness. I definitely preferred to just stick to repairing the vehicles rather than driving them.

The cost of materials and parts used for repairs, as well as the amount of time taken to complete a job determines how much you will profit. Each job (and tasks within the job) allows you to earn experience to level up and unlock skill points that can be used to do various helpful things like speeding up processes. Sometimes when a job comes in, it'll tell you exactly what the problem is - just replace all the tyres and brake pads, easy! - and other times it'll just say that there's an odd noise coming from... somewhere. The more jobs you do, the better of an idea you end up having as to what the problem could be, which felt quite good as I felt like I was genuinely learning some useful life skills. Whether or not that actually works when diagnosing a real car's issues is another thing to be seen. 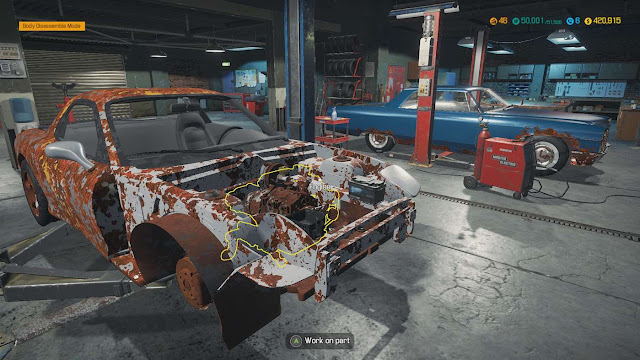 Graphics wise, things felt like they were going for a fairly realistic approach, but sometimes it felt quite boring and dull to look at. I could always go for a more stylised look, but in a game where you're simulating a Car Mechanic, it does what it had to do! Audio, whilst not absolutely terrible wasn't great. You have a choice of stations to listen to on your radio but they're all very meh. Probably better off just muting the audio and putting Spotify on!

There's a lot of gameplay to be had, with unlimited randomly-generated jobs coming in for you to complete. 48 different car types with over 1000 parts that you can chop and change as you like. It was definitely taken by surprise with CMS, and felt educated whilst I was enjoying completing tasks. If you don't like completing tasks quickly and hate the repetitiveness of things like this, then probably stay away. But if you enjoy cars, and like tinkering with them and learning more about them, then this game will likely be right up your alley. 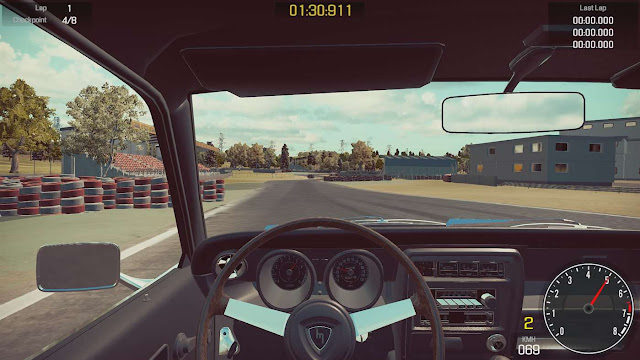 In the end, we decided to give Car Mechanic Simulator the Collecting Asylum rating of 6/10.