Originally released back in 2017 for PC, Redeemer tells the story of Vasily; an elite operative once tasked with assassination and infiltration. After escaping the evil corporation you worked for and spending twenty years hidden in a monastery, the corporation is hot on your heels and out for blood. But that just might give you your shot at redemption.

The story is promising, shown mostly within the introductory cutscene, but feels like it isn't expanded on as much as it probably should have been throughout the rest of the game. The gameplay action itself is definitely the biggest part of Redeemer, and even without a super-strong story, holds up well. Combat feels smooth and fast-paced, and the variety of combos in addition to environmental kills available to you keeps things interesting. It is fun to play and whilst it can seem a little repetitive at times, I still genuinely enjoyed it. 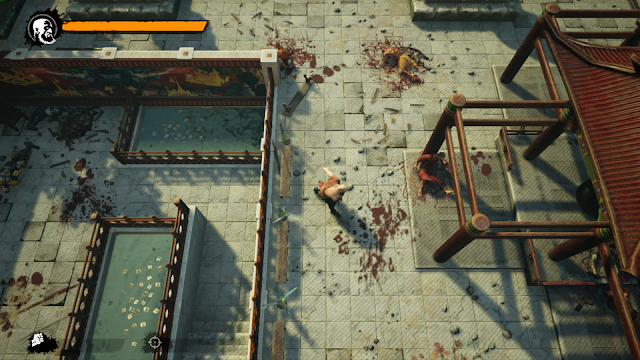 Going for a top-down perspective works well for Redeemer and allows you to see the fighting better. It also allows the game to take full advantage of all the blood you'll see spray everywhere as you wipe out enemies. As mentioned previously, there are plenty of environmental kill options available to you - highlighted when near - as well as lots of different weapons to choose from. Melee weapons break after just a few hits (although this can be prolonged with certain upgrades) and ammo is in short supply. As weapons are picked up, previously held weapons will be dropped - and ammo doesn't carry over from one pistol to the next - so remembering locations of extra weaponry is always a good idea. Vasily can carry one melee weapon and one gun at a time, and these can range from knives and assault rifles to mutant arms and shotguns.

Yep... Mutant. Arms. Or more specifically, the arms that you've just brutally ripped from the mutants pestering you just moments before. It's definitely pretty satisfying to disarm (oh dear God, stop the puns) a mutant and then slap them around with their now lifeless limb.  With the limited durability of melee weapons and almost-out-of-ammo guns, more often than not you'll be using nothing but the power of Vasily's fists to eliminate the enemies. Even using fists feels remarkably good - after all, he's a pretty buff dude - and this can be improved upon by certain upgrades as you progress. 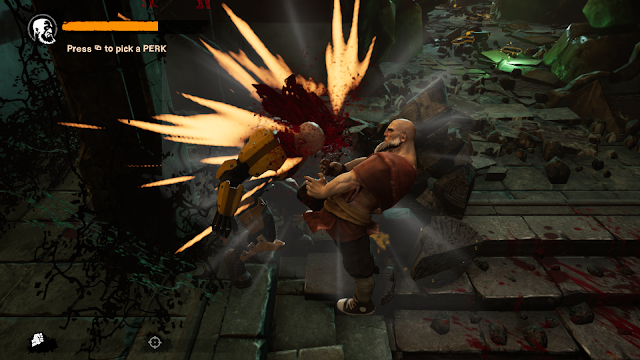 Abilities can be unlocked and upgraded by finding and collecting Manuscripts hidden throughout the levels. These can give you boosts in things such as combat damage or how many moves in a combo. Other unlocks can be gained through the experience given as the game progresses. These can not only improve using weapons, but your fists (and feet), too.

Unfortunately, Redeemer is plagued with a lot of slowdown, even on Xbox One X. Frame rate drops happened enough to be a bother, and laggy movements whilst doing finishers sometimes pushed me into normally-inaccessible areas of the map. I definitely still enjoyed my time playing Redeemer, but felt slightly annoyed by the fact that the Enhanced Edition, as it's so titled, still suffers these issues, years after the original release. 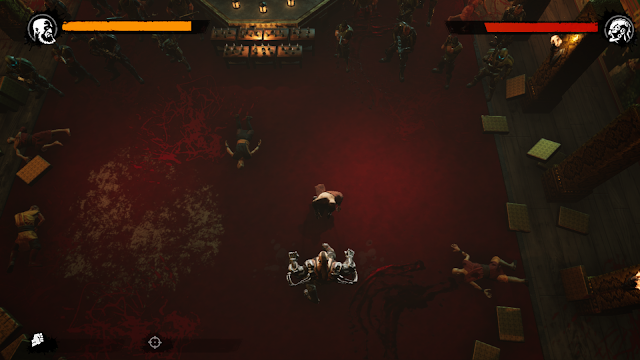 In the end, we decided to give Redeemer: Enhanced Edition the Collecting Asylum rating of 7/10.

Have you played Redeemer yet? What did you think of it?
Let us know in the comments below!