Originally released way back in 2014 for mobile, Sheep in Hell has finally made its way to Nintendo Switch. You play as a wolf, who - as you might expect based on the title of the game - has been sent to Hell and is being tormented by dozens upon dozens of sheep. On Earth, little o' wolfy here would have snapped all of those sheep up - but in Hell, he's the one who's being hunted.

My first thought upon opening this game was "wait, what the hell, why hasn't it asked me who's playing!?" - unlike most other games on Switch, where selecting the game prompts you to choose which account currently on the Switch is the active player, the game just loads right up. This is a little disconcerting, as you could be playing and then someone else comes on and ruins your run. I know technically that could happen anyway by someone else clicking the wrong account with most other games, but to not ask at all seemed weird. Maybe this is a bug, but I couldn't see anybody else talking about this issue online. 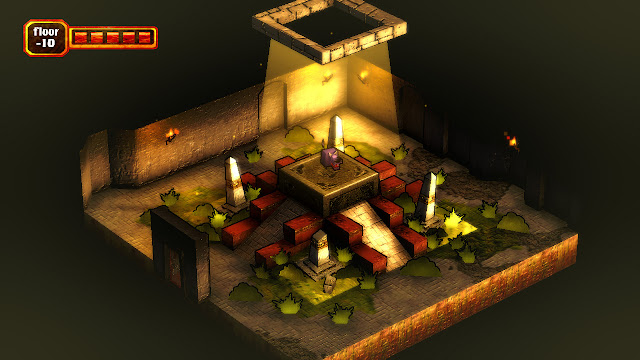 The premise of the game is simple - kill the sheep. You spawn within the level and work your way from room to room, killing all the sheep you come across. Each time sheep spawn into the room with you, a funky tune plays to alert you that they're coming, best bit of advice is to just keep moving when you hear the music play as the sheep have a tendency to just spawn right on top of you causing your health to deplete immediately. Killing them is easy, just a quick tap of the A button and you'll charge right through them.

Some rooms you enter will have a pop up challenge - as shown below - where you have to complete a timed task such as gathering coins, killing a certain number of sheep, or completing a room without taking any damage. These add a little bit of an extra layer to the gameplay, although for the most part it is still very simple and straightforward to play. As you clear all rooms in a floor, you then progress on to the next floor, with the ultimate goal of getting up and out of hell. 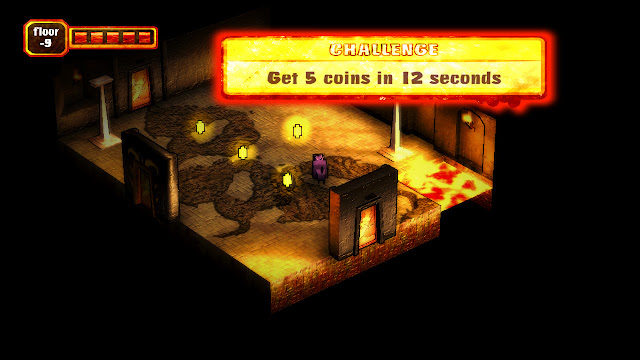 Some rooms will have you go up against larger bosses, or small exploding chicks that again, you just charge right through to defeat. Sometimes you'll end up in the middle of a chain reaction of chicks exploding, but as long as you're quick you should have no issues. In all honesty, whilst Sheep in Hell isn't a bad game, there's just not enough to keep me interested.

For just £2.69 on the UK Nintendo eShop, it's not a bad price at all, so if the game looks like something you'd like to give a bash, it's not going to break the bank. If you end up feeling like we do, it's less than £3 so not the end of the world - and believe me, other much higher priced games have made us regret our purchases before! You can tell that Sheep in Hell originated as a mobile game, and it doesn't feel like it has evolved much beyond that. It is probably more suited to kids playing, as it is simple enough in the style and controls, and the pocket-money pricing makes it affordable for parents to pick up if looking for a cheap new game for their kids to waste some time on. 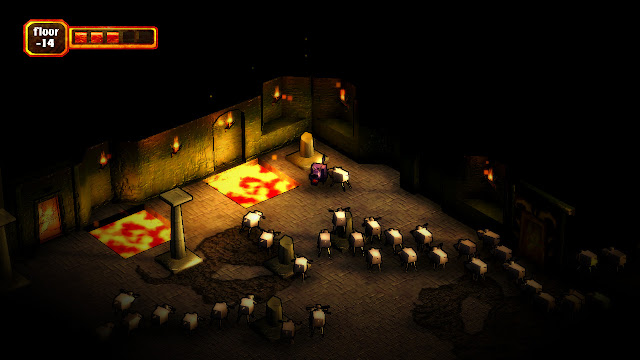 In the end, we decided to give Sheep in Hell the Collecting Asylum rating of 5/10.

Have you played it yet? What do you think of it?
Let us know in the comments below!

Thanks to David.CM for the Sheep in Hell Switch review code!
at August 31, 2019