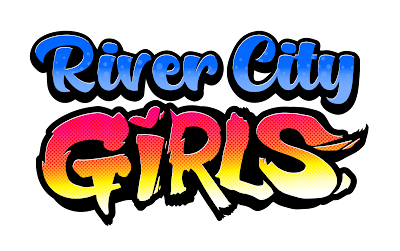 WayForward's River City Girls is a fantastic entry to the world of side-scrolling beat-em-ups. You play as one of two characters: Misako and Kyoko, who need to fight to rescue their boyfriends. Two player co-op is supported, which adds some extra fun into the mix as it gives you a second chance if you are downed - as long as your co-op partner can stomp on you on time to revive you! 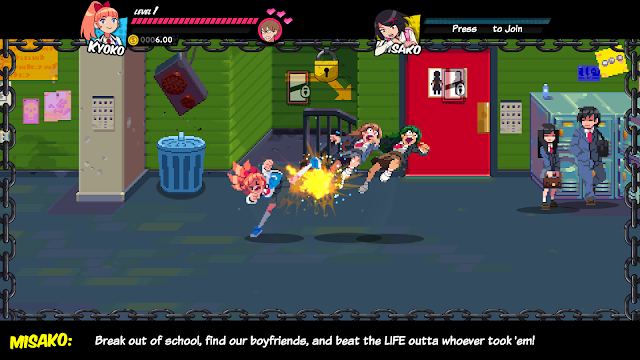 Fighting feels smooth and responsive, and with different moves and combos, as well as environmental items that you can pick up and smash over your enemies' heads, it's a whole lot of fun. When you first load up the game, you are given the choice of 1-2 players, as touched on above, but also the difficulty at which you want to play (normal or hard), and lastly, if you'd like to turn friendly fire off or on. Whilst playing two-player, with friendly fire off, we noticed that whilst normal hits wouldn't hurt each other, throwing items such as trash cans or chains would in fact still hurt one another, so this is just a little something to be mindful of.

When you've cleared out most of the floor, sometimes the last enemy standing will have a speech bubble appear above their head (shown below). These characters can be recruited to be utilised where needed at a later point. An achievement can be unlocked by recruiting each type of enemy, and whilst only one can be active at a time, this can easily be managed if you keep track of which ones you've already spared a beatdown so far. 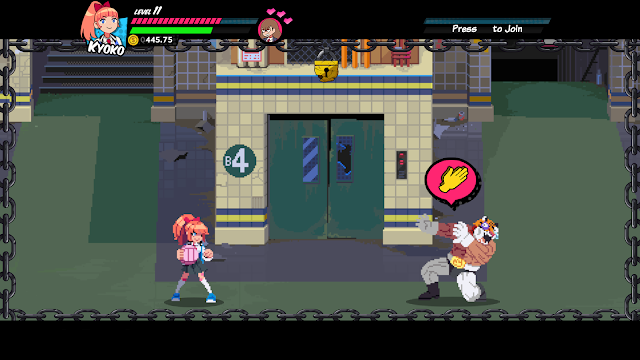 The Pause menu in River City Girls also acts as a super-cute mobile phone, with various information held within, including a map showing all of the areas you've currently visited - as well as all of the ones as of yet untouched - and characters you've recuited so far. It also has a move list to show you how to perform each attack - this can be useful as more levels are unlocked by levelling up and using the Dojos. You can add and remove Accessories via your mobile phone, which are items which add helpful bonuses for yourself and your recruits. Keeping track of your Stats can be done here too, allowing you to see how much more EXP is needed for the next level up.

The art style is glorious, with stunning pixel-art graphics that are so detailed and colourful that you'll be in awe over how beautiful everything looks. Cutscenes are interspersed with manga style artwork. An introductory scene makes you feel like you're going straight into an anime, and it feels like there would be so much potential for that! Everything looks fantastic while playing, too - with enemy types and bosses being varied and interesting, as well as figuring out the way in that different enemies will attack keeps you focused. 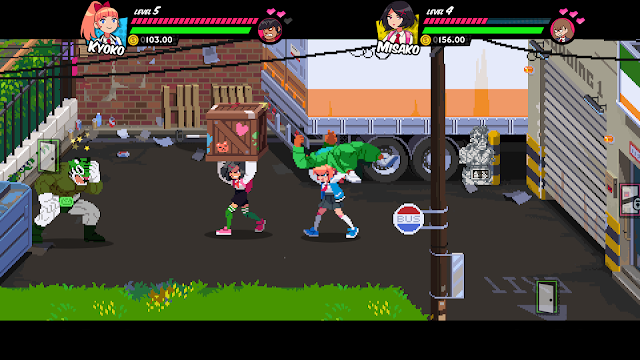 Sound design is tackled flawlessly as well, with catchy music all throughout River City Girls' story. Voice acting is fantastic, and you might recognise a few familiar ones - including the likes of Jacksepticeye as Godai, and Game Grumps' Arin Hanson and Dan Avidari, playing Jimmy Lee and Billy Lee respectively, and many more.

Priced at £24.99 on the UK Xbox Store, River City Girls is very affordable for what it offers. With plenty to see and do, you'll have a lot of fun along the way. Whilst it can be a bit of a drag at times to do some necessary backtracking for other areas to check, this is aided with a Fast Travel system. Bus stops allow you to quickly travel to and from certain areas. You'll probably still find an element of backtracking required for this, but it helps to negate that a little. 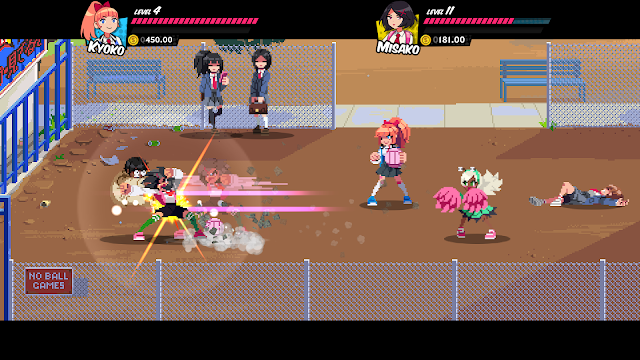 In the end, we decided to give River City Girls the Collecting Asylum rating of 8.5/10.

Have you played RCG yet? What did you think of it?
Let us know in the comments below!

Thanks to WayForward for the River City Girls Xbox One review code!
at September 08, 2019