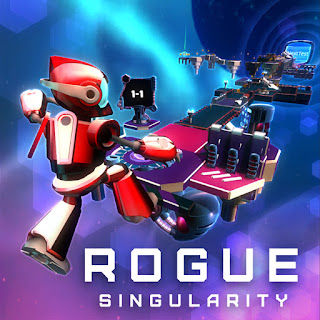 Published by Nnooo and developed by Considerable Content, Rogue Singularity is an adorable 3D platformer where you play as a robot on his mission to save the universe.

Each level is procedurally generated, keeping things interesting and preventing you from learning too easily. You'll find lots of obstacles on your way to the end of each level, and some can catch you more off guard than others. The depth perception of your third person viewpoint can sometimes be way off, leading to simple, frustrating deaths. This can cause some traps (as well as some normal jumps) to require a bit of blind faith in that you'll make it through to the end. 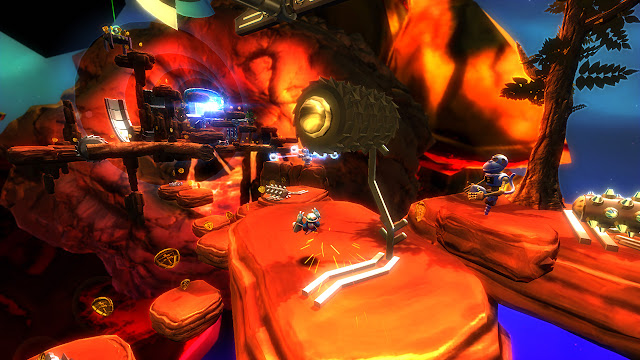 Surfaces can often feel slippery, with any forward momentum during a jump continuing just a touch after landing. You eventually adapt to this, but for a while you may find yourself panicking slightly every time you jump to a fairly small platform, in the worry that you'll fall off in to the abyss.

The art style is cute and eye-catching, with bright colours dominating every inch of the screen. One thing that I noticed within the options is that you can adjust all text to a Dyslexic suitable font, which isn't something you often see implemented, and was a nice touch. Completing a level can be done in your own way, which allows you to choose between just running straight for the end, or bouncing around collecting all of the coins available to you - often requiring you to veer off the usual path to do so, before doubling back to head for the exit. 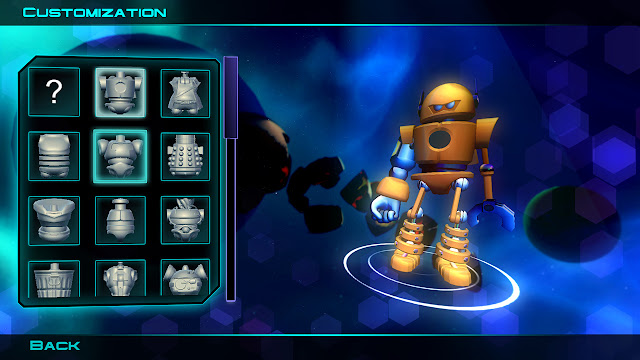 Character customisation allows you to adjust your little robot to look how you wish, and abilities can be purchased to upgrade your robot, using the coins collected throughout each level. Items can also be purchased using the coins, each as a one-time use. These vary from items to place a jump-pad wherever you like, to an item magnet to pull collectibles closer to you.

Utilising the extra abilities (and items where needed) is really important to being successful in Rogue Singularity. As mentioned before, some levels can be really difficult and navigating around the electric traps and rotating flames can be made much easier by having some new abilities. Also taking the time to work out a plan of attack can be useful, as you can sometimes find shortcuts easily accessible by just jumping across to other platforms and working your way around. 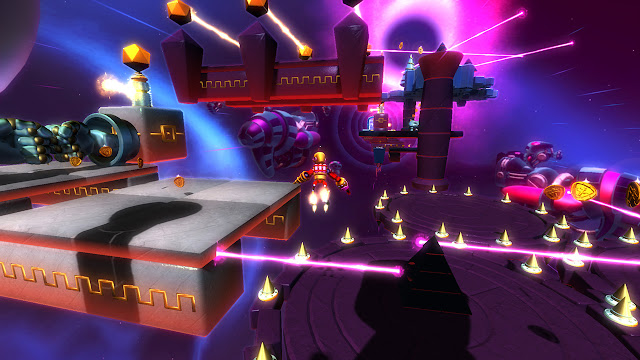 Priced at just £13.49 on the UK Nintendo eShop, it's a cheap and cheerful addition to your digital collection of games, and one that you'll have a lot of fun playing.

In the end, we decided to give Rogue Singularity the Collecting Asylum rating of 6/10.

Thanks to Nnooo for the Rogue Singularity Switch review code!
at September 06, 2019