Asylum Reviews: Whipseey and the Lost Atlas [Xbox One].

Blowfish Studios' Whipseey and the Lost Atlas is an adorable throwback to 90s Kirby games. You play as Alex, a young boy who is turned into a magical creature called Whipseey upon opening a mysterious book. It's now your mission to uncover the mystery of the Lost Atlas, and get Alex back to his normal body, and back to bed. 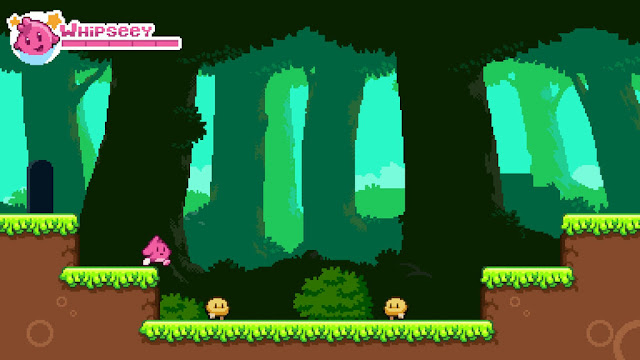 Upon our first playthrough, we encountered a bug of some sort that removed the health bar from the top-left of screen and from then on made us impervious to damage. Our daughter took full advantage of this, wanting to take over the controller whilst having a shot for herself. She was able to progress through the entirety of the game, defeating every boss and ultimately finishing the story without taking any damage - unlocking a number of achievements in the process.

Second playthrough, the bug didn't happen again - and on subsequent playthroughs, we've yet to be able to replicate it - so we were able to enjoy the game as intended. It feels very much as you'd expect, with you running and jumping your way through the 2D platform world. You also have a whip to use as your main weapon, and it can also be used to swing from tether points located around the world. It's not an overly difficult game, but sometimes can prove to be a bit of a challenge when getting used to hitboxes and taking unnecessary damage. Swinging on your whip for instance requires extreme precision when trying to attach to a tether point, and attacking bosses can be a bit hit or miss when trying to whip fast enough after jumping to hit their heads. 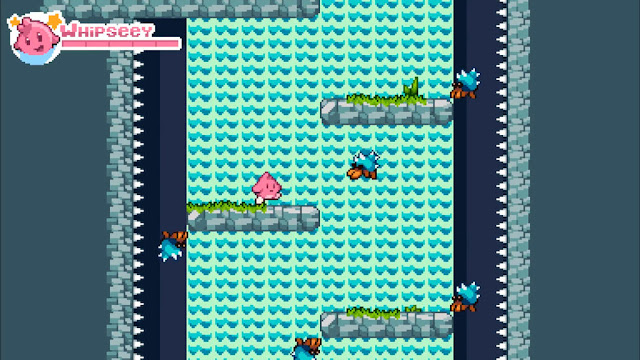 The 2D pixel art-style is really cute, and the pastel colours are really pleasing to the eye. Levels are varied, and with a changeover - in the form of going through doors - in between short sections of the level, allows for more variety in backdrops across a level. It also adds a degree of nostalgia to the game, harking back to the days of Wonder Boy.

It's a very short game at only five levels with five main bosses to come up against, but this isn't too much of a bother considering the low price point of the game. On the UK Xbox Store, it can be purchased for just £4.99, and has a full 1000 Gamerscore to hunt down and unlock if you want to give yourself a bit more replayability. 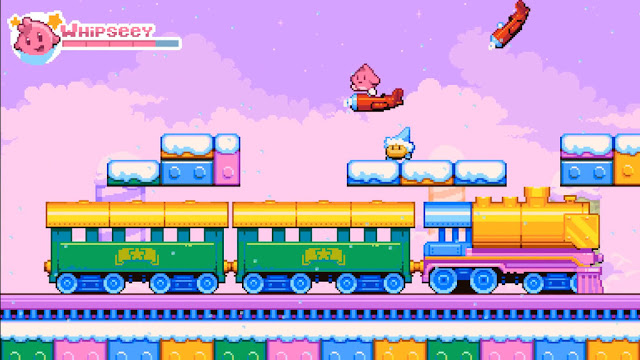 In the end we decided to give Whipseey the Collecting Asylum rating of 6/10.

Have you played WATLA yet?What did you think of it?
Let us know in the comments below!

Thanks to Blowfish Studios for the Whipseey and the Lost Atlas Xbox One review code!
at September 06, 2019

Email ThisBlogThis!Share to TwitterShare to FacebookShare to Pinterest
Labels: Asylum Reviews, Whipseey and the Lost Atlas