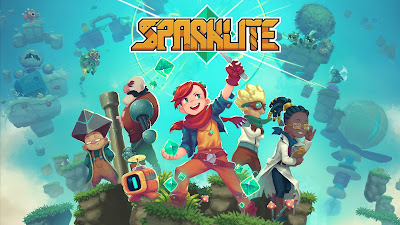 Red Blue Games' Sparklite is a fantastic Legend of Zelda style roguelite, with a beautiful world filled with adventure. You play as Ada, a young hero who, after her airship is destroyed, must set out to save the Sparklite and rebuild atop a floating city hub.

The tutorial explains the basics of the game and through talking to NPCs you will learn how various mechanics work such as where you restart from after dying. You are plucked from the ground upon death (by a giant claw no less) and brought back to the hub world in the sky. Here you can use any Sparklite you've already collected to build shops to unlock Widgets and Inventions which will massively help you on your way. 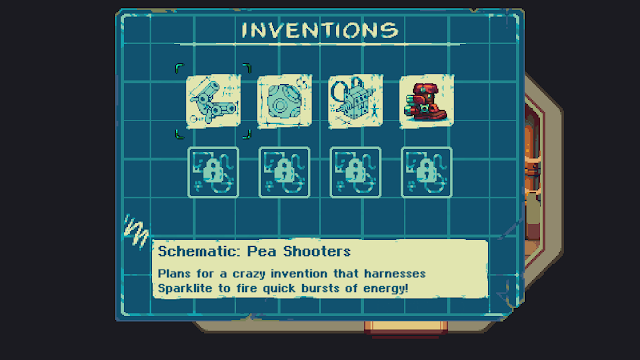 The procedurally generated world does wonders to keep things from feeling too stale and keeps you coming back for more. It feels like an older Zelda game with its simple mechanics and puzzles, and adorable art style. Controls are fairly easy to pick up, with you having a main weapon attack - that can be charged up for more power - as well as gadgets, known as Widgets, that can be assigned to help you progress through the game.

Throughout Geodia you will come across small dungeons known as Vaults. In these vaults, you will be taught how to utilise new weapons or equipment to work your way through the challenges, ultimately gaining the blueprint for the weapon at the end. In order to gain access to this item, you must then return to the floating hub and provide the blueprint to the Workshop. First tip of the day should definitely be to unlock the Workshop as soon as you can. I made the mistake of unlocking the Widget shop first, holding me back from accessing the newer weapons I'd found. 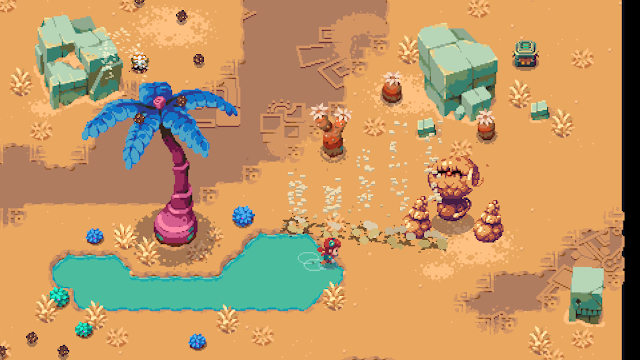 Due to the randomised nature of Sparklite, many areas you come across will be seemingly impossible to get through. You might be stressed out trying to figure out a puzzle only to discover you are actually missing a key weapon or piece of equipment that will allow you to progress, I know I certainly was. Just keep in mind that many items will come later and that you can backtrack through these areas once they become achievable, and you'll feel far more enjoyment from the game.

You have limited capacity for all of the weapons and widgets you own, so you need to think wisely when figuring out what is the best loadout for you. Your inventory is made up of small squares, and items can either fit neatly into one tile - typically the simpler items - or they can sprawl across multiple and require careful planning to maximise the space you have. 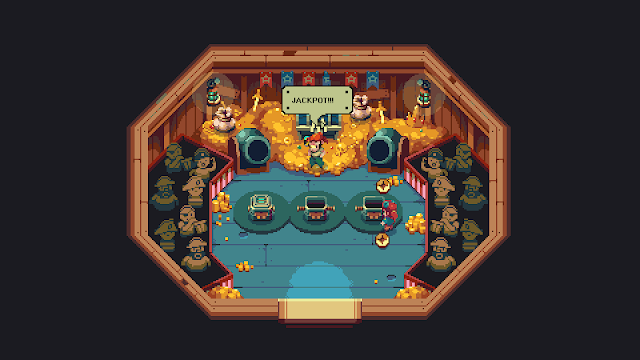 As mentioned before, the art style is adorable. Colours are bright and environments are detailed and interesting. Sadly, the story is fairly basic and doesn't draw you in terribly much, however the addictive nature of playing run after run of this, much like other roguelites, helps to negate this. The sound design is well matched to the gameplay, with delightful tunes composed by Dale North. These too are reminiscent of early Zelda titles, and are really a pleasure to listen to.

Lastly, Sparklite includes local co-op. All I can say of the co-op is don't bother. Only playable once you've played into the game a little bit, the second player takes control of Ada's robot sidekick. As player two, you have limited capabilities - digging at first, with the option of add-ons later. It does get better with further patches, such as the ability to then pick up items, but even at that you are still very restricted. Stick with the single player - trust us. Playing single player, we had a decent bit of fun for what the game entails, and at £19.99 it's reasonably priced for what it is. 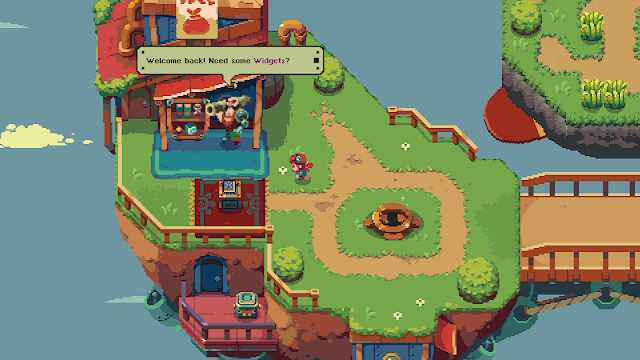 In the end, we decided to give Sparklite the Collecting Asylum rating of 6.5/10.

Have you played Sparklite yet? What did you think of it?
Let us know in the comments below!

Thanks to EvolvePR for the Sparklite Xbox One review code!
at November 27, 2019