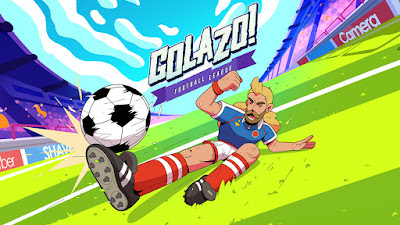 It's been a while since either of us have had any sort of enthusiasm for a football game, yet Golazo! had us intrigued from the moment we first saw it. A far cry from the usual real-world styled games such as FIFA and PES, it sports a cartoony 2.5D art-style which works brilliantly alongside the humorous gameplay.

Whilst Allan is a fan of football and has played his fair share of FIFA in the past, what he's really been after is a game that takes him back to the days of RedCard Football. And Golazo! is certainly aiming to fill that gap. 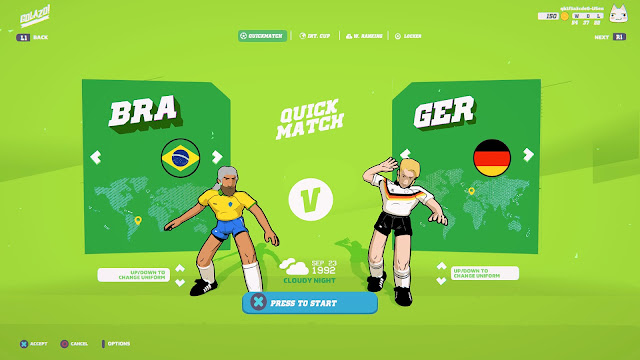 There are three game modes to choose from; Quick Match, which can be played online; International Cup and World League, which are both single player modes. With 51 International teams to choose from, you can choose to play for your home country, if available - Scotland was not, which, my oh my, really annoyed us since England, Ireland and Wales were all options (!!). There isn't even a Great Britain option for us to choose, since all the other GB countries were there, so we had to just go for our Celtic brethren across the water... I urge you, Purple Tree. Add Scotland in as a playable option. In all three modes, winning matches will net you coins. These coins can be used in the shop for kits, balls, celebrations and more.

Gameplay wise, it feels like an old arcade game, with the movements being slightly clunky and the ball magnetically passing from player to player - while we understand that this may purely be an aesthetic choice, it sometimes feels a little too clunky, so can be a tad frustrating. You can quite happily go ham on another player to get the ball without much worry of getting a card from the ref, and you only need to worry about three moves: lobbing, passing and shooting. The occasional power-up will be granted to teams, meaning that you could suddenly find yourself whizzing around the pitch at ease. This adds a little bit of variety into the mix and can change the outcome of a match dramatically. 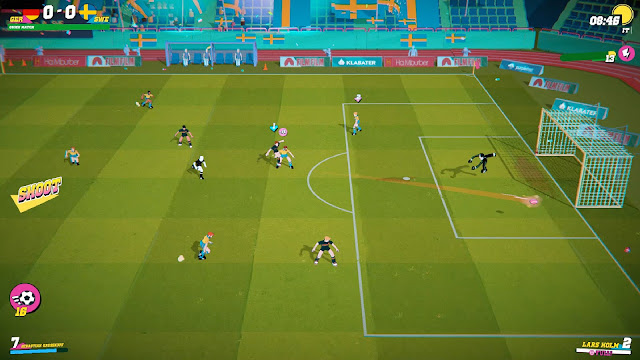 You can score Golazo! for the low price of £12.49 on the Xbox Store, which is a reasonable price for the amount of replayability is has to offer. It's fast paced and great for a quick game with friends, and is even straightforward enough to have the kids play too. 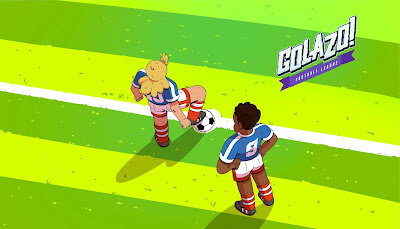 In the end, we decided to give Golazo! the Collecting Asylum rating of 6.5/10.

Have you played it yet? What did you think?
Let us know in the comments below!

Thanks to Klabater for the Golazo! Xbox One review code!
at December 29, 2019