Cold Silence, by developer Half-Face Games, was initially conjured up as a result of a Game Jam with the prompt "White Silence". In it you play as a mountain climber, Hughes, who has gotten lost in the blinding snow. The game guides you to begin with, directing you through the snowy peaks and caves to find equipment to aid you in your quest to survive: better boots to allow you to jump higher/further, a radio for communication (and other stuff which we'll touch on shortly), a shotgun to blast through brick walls - a little odd, but okay - and more.

When we first downloaded the game, we had a little bit of trouble getting it to function. It appears to act more like an app on Xbox One by asking for permissions before you play. This weirded us out a little as I don't really remember this happening with any other titles, but once done we were able to access the game without further issue. I'm not sure if this was caused by accessing the game prior to release, but again, I've done this with many other titles and not run into this issue. Thankfully, nothing else seems to have gone wrong since. 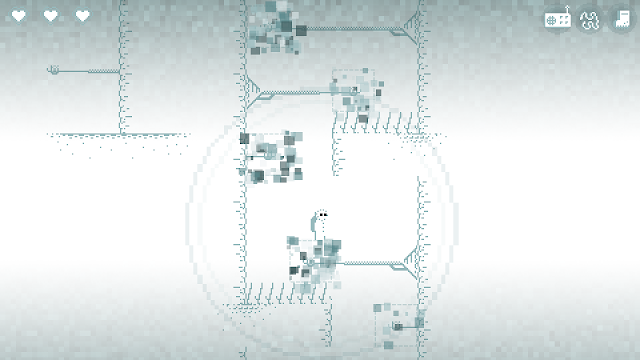 The very simple art style works magnificently within the context of the game. The harsh white backdrop of the snow covered environment obscures your vision just enough to cause mild difficulty, and the platforming is made just a bit more challenging due to the surfaces all blending in with one another. For the most part only two colours are used, white and a blueish grey tone for outlines, but every now and then you'll either die or come across blood, and the bright red stands out so well against the dazzling white snow. There are a number of different difficulty levels which change the level of health you start with. The hardest option can only be played as a single run, whereas every other difficulty has chapter select options

Once you are out of the main tutorial phase, much of the gameplay is left up to yourself to figure out. There is a lot of trial and error required when playing Cold Silence, as you learn where to go in certain routes to get from one place to another quickly, and then to improve and get better and faster at your movements. There are a lot of traps dotted throughout such as spikes, falling icicles and weird shadowy figures that when first discovered didn't seem all that threatening since the mysterious voice conceals you from them to guide you past. After you've had it explained to you that you must not come in contact with these shadow-people, you'll soon be chased down by the most terrifying pixel-man you've ever come across. They move with such speed and ferocity that the limited vision you have can send you into a full blown panic, often to your own detriment. 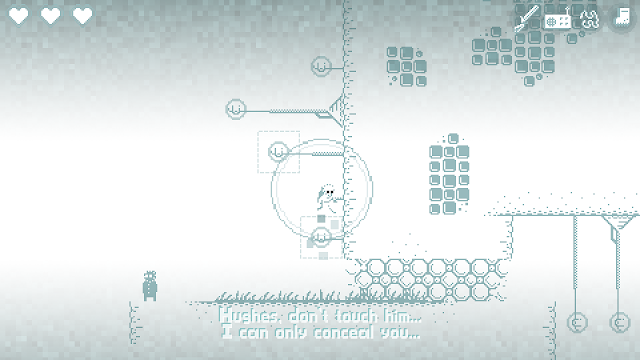 As mentioned above you find a radio early on in the game, which isn't only for the benefit of communication: it can be used to create weird block textures over the transmitter posts for a short period of time, allowing you to gain access to other areas - including some that require a bit of backtracking. The blocks don't stick around for long so you have to have semi-decent timing in order to make your way upwards or across large gaps without falling back down - usually into spikes or the abyss below. Your radio also offers another surprising benefit: tapping x, which activates the blocks, can also destroy the shadow-people that you'll find chasing you at multiple points in the game. It took me longer to realise this than I'd like to admit. Luckily for me there's achievements for dying so often, since it's pretty much a given that you're gonna die a lot. There are also achievements for dying in different ways: I think my record was six death related achievements in the space of around 10 minutes.

There are a total of 60 achievements which seems insane for such a small game, however a whole bunch of these are for 0 Gamerscore each. Frustratingly, these 0 Gamerscore achievements are for a lot of secret achievements, which weirdly enough are for defeating bosses. The reason for this is that when the game was first released on Steam it was made up of five chapters and had no bosses - therefore the game can be completed without ever defeating, or even coming across the bosses. Bosses are also quite difficult to figure out, one in particular: Daughter, had me almost ripping out my hair. To even unlock her, you are required to find three sweets before blasting a door and going through. Nothing I could do would harm her, let alone kill her. Dropping bombs, using the radio shockwave... nothing. Spoiler alert Until I realised that the spikes at the very bottom of the hole aren't meant for you, but her! 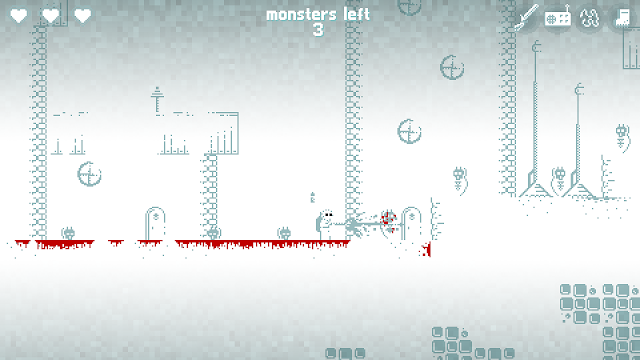 The addictive nature of the game means that I keep going back for more. With each attempt, I get ever so slightly better. Backtracking and looking for other routes is enjoyable, as is trying to find all of the items that are hidden around, such as the trees. I had played a long time before I even came across my first tree, and it happened purely by chance. For such a small game, there's a lot to keep you busy, and at the super low price of £4.19 on the Xbox Store, it's definitely worth giving a go if you like this style of game.

Overall, I've had a lot of fun with Cold Silence and it makes me excited to see what Half-Face Games do next. Allan liked the game, but didn't get as addicted to it as I did - the repetitive nature combined with the frequent struggle to find where to go next really wound him up more than it did to me - evidently I have more patience, ha - but he did like what he played. 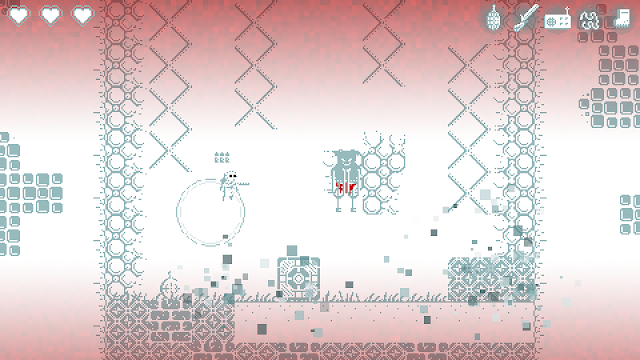 In the end, we decided to give Cold Silence the Collecting Asylum rating of 7.5/10.