Asylum Reviews: Yooka-Laylee and the Impossible Lair [Xbox One]. 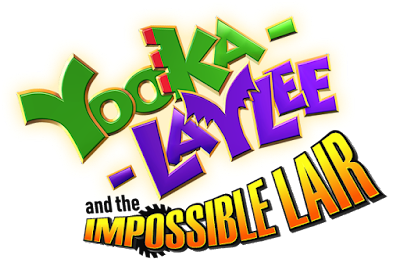 Yooka-Laylee and the Impossible Lair, Playtonic's follow up to their 2017 debut title Yooka-Laylee, was instantly on our radar when it was announced. We were really excited for what was to come as we had enjoyed the original - and pledged a lot for it on Kickstarter! - so were eager to see just how well they could expand. Sadly one thing or another kept us from playing it on launch, but we've finally gotten round to it and my, was it worth the wait.

In more of a 2.5D-style this time rather than the 3D adventure of the original, YLATIL has a much more Donkey Kong Country-esque feel. The art style is still as gorgeous, if not even moreso than last time and the familiar melodies of Grant Kirkhope just give you such a happy feeling. It all fits so well together, even better than before. 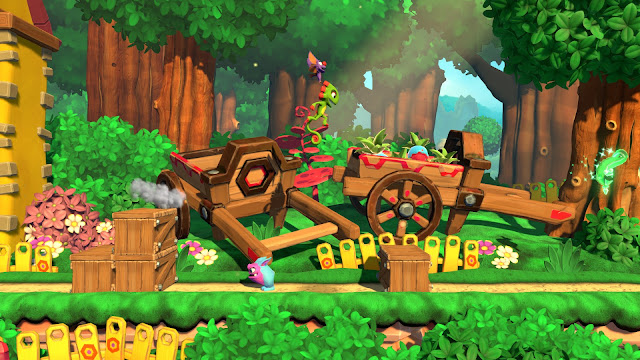 The world of Yooka-Laylee and the Impossible Lair is well thought out, with a free roam 3D overworld to complement the 2.5D side-scrolling chapters. Levels can be repeated to gather all collectibles, and they can also be modified through unique and quirky overworld environment changes to give them a fresh take. Chapters - found in the overworld as pages from a book - may be lying in a puddle making it a water based level - but freezing that puddle will evolve the level into an icy one instead. It's the fun ideas and extra thought going into details like this that really makes the game stand out. We really enjoyed the original, despite it being judged as fairly average in most review coverage. But this game has far exceeded our expectations.

One of the main things that really grabbed us was that facing off against the main boss can be done right from the start, albeit ending quickly - and badly - for the duo. Queen Phoebee's hive has been taken over by the evil Capital B and it's up to you to rescue them. With each completed level you'll recover more and more of the beetallion, enabling you to take more hits from Captain B in the Impossible Lair. 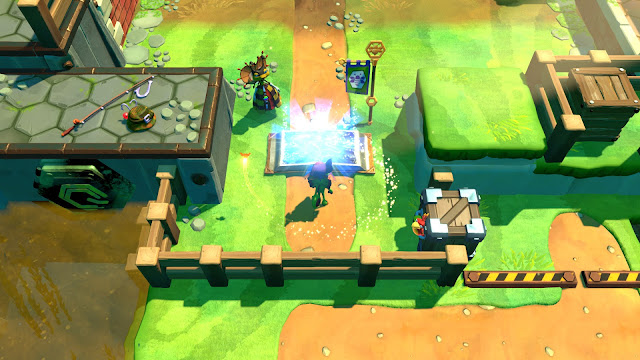 Things can be adjusted further with the use of Tonics. These were available in the previous game and were a lot of fun, so it was great to see them return. Tonics can be found and/or unlocked as you progress through the game, with some offering buffs to make the game harder or easier, as well as optional cosmetic changes. With over 60 available for you to find and unlock, this gives you plenty to aim for as you repeat levels to hunt and gather collectibles.

Backtracking through levels to suss out every suspicious looking wall or to complete challenges is a sure-fire way to keep my attention as I internally rage every time I complete a level missing one item. There's a lot to collect here, from the Tonics, to the gold coins (of which there are five in every level) and the quills, this is a completionist's dream and nightmare. As with a lot of collectathon elements of games, they can definitely be quite frustrating at times, but thankfully YLATIL's collectibles didn't have us ripping out hair out too often. 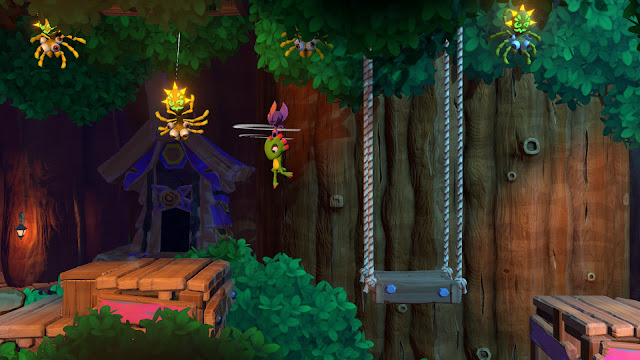 In the end, we had a lot of fun and so we decided to give Yooka-Laylee and the Impossible Lair the Collecting Asylum rating of 8/10.

Have you played YLATIL yet? What did you think of it?
Let us know in the comments below!

Thanks to Playtonic Games for the Yooka-Laylee and the Impossible Lair Xbox One review code!
at February 07, 2020

Email ThisBlogThis!Share to TwitterShare to FacebookShare to Pinterest
Labels: Asylum Reviews, Yooka-Laylee and the Impossible Lair