We’ve played a lot of arcade-style racing games recently. Whether for fun, to review – or both - we’ve spent many an hour whizzing round racetrack after racetrack in a quest to the finish-line. Some have been entertaining, whilst others ended up falling short and leaving us feeling sorely disappointed. When we first saw the trailer for Super Pixel Racers we were excited, but a restrained kind of excitement. All too often we’ve gotten hyped up beyond belief for new games – across all genres, not just racing – only to be deflated upon playing. 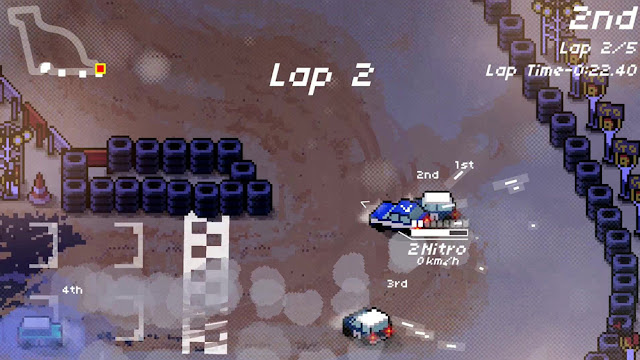 Super Pixel Racers released on Xbox One back towards the end of 2018 so we’re a little late to the party, but even almost two years post-launch it’s a stand-out wee gem of a retro racer. With 2D pixel graphics and a top-down view, it looks every bit the classic game that it aims to be.

The art style is gorgeous and really works well. Instead of just plain flat looking pixel-art, there’s a lot of texture going on here that makes everything really pop. Tread marks on the ground after a satisfying drift look great, and the dust kicking up from the road just further adds to the engaging design. 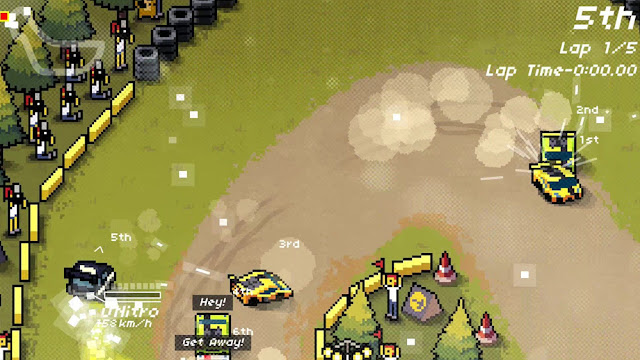 Controls are perfect, and everything has a very satisfying feel to it. Drifting is priority numero uno, as you'll need to do it in order to gain boost. This determines whether or not you’ll win races, as you’ll want to pull out ahead of the other vehicles to prevent any disastrous crashes. Many of the corners and turns are pretty tight, so learning the perfect moment to drift can shave precious seconds off your time.

As well as the standard races, there are other event types to play too. Destruction style racing is one of the really fun options, and one that we always looked forward to. Winning these races and events awards you with in-game currency that can be spent on purchasing new vehicles or upgrading your existing ones. 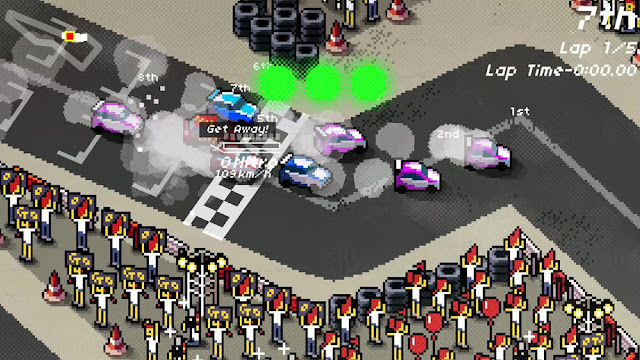 It's an entertaining game and we had a lot of fun with it. It has online multiplayer which adds extra replayability - although there's very few people still playing online, leading to the "I am the Winner!" achievement being very difficult to unlock - and despite the game providing a bit of a challenge, the basic premise of the game is simple so the kids had fun too playing split screen.

And at just £9.99 on the Xbox Store, it’s a well priced game for what it includes, especially if you're a fan of racing games. 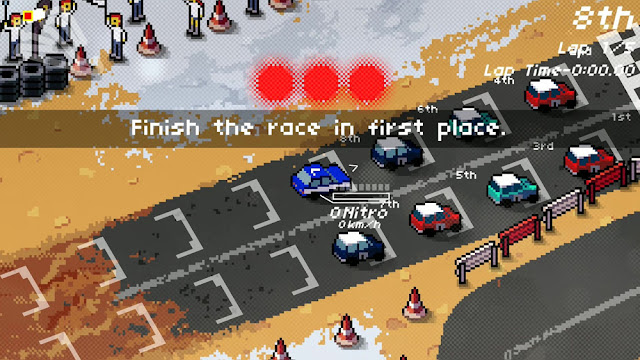 In the end, we decided to give Super Pixel Racers the Collecting Asylum rating of 7/10.

Have you played Super Pixel Racers yet? What did you think of it?
Let us know in the comments below!