Allan was a huge fan of Micro Machines growing up - still owning an old N64 copy to this day - so as soon as we discovered Super Toy Cars 2, he was intrigued. Developed by Eclipse Games, the STC games aren't connected to Micro Machines, but their similarity in driving tiny toy vehicles around normal-sized (but seemingly huge) everyday objects made it immediately appealing.

With 16 different tracks, and 20 vehicles to choose from, we were excited by the prospects laid out here before us. All too often with racing games you're landed with a pathetically small number of courses, or a decent amount but all criminally similar to each other. At first glance, the tracks here are fantastically designed with elaborate, well detailed structures but when you really look you realise that most things don't look as good as they first seemed. And where things do look good, the cars on the tracks just completely spoil the illusion, highlighting the probability that a lot of time was spent focusing on the backgrounds, and not as much on everything else. The soundtrack on the other hand is well thought out, and gives you a varied choice of genres - meaning that there should hopefully be something here for everyone. 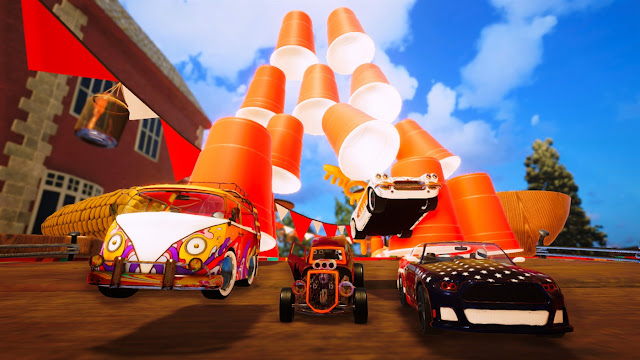 Each of the twenty vehicles have their own stats and handle differently on the track. A game can look perfect, but if it feels bad then it might as well be unplayable. This is where STC2 threw us for a loop. Some cars felt disastrously bad. Like, floaty and uncontrollably bad. Yet others handled like a dream and would glide round the tracks with ease. Very quickly we struggled to get any enjoyment, as we'd be so frustrated with the handling that we just wouldn't want to play.

Whilst navigating the tracks, there will be items scattered around as obstacles, such as party cups and onion rings. These serve absolutely no purpose as crashing into them just bounces them out of the way, with very little to no impact on your speed. Drifting also felt horrible, with it feeling as though your car is simply going through the motions and not actually driving round the course. There doesn't feel like there is any grip to your tires, and even hitting other vehicles in a standard race felt bouncy. 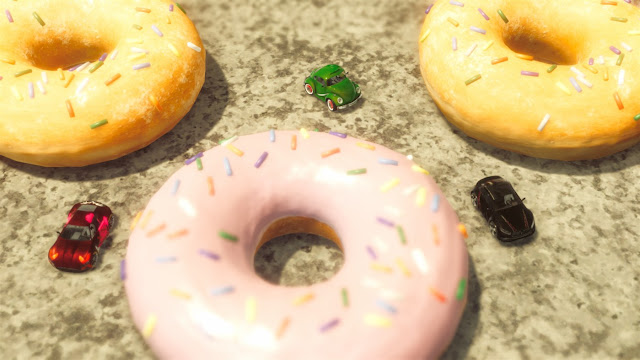 The main mode of STC2 is Career Mode. Here you will find 12 cups where you can race to be the champion. Vehicles are split into classes: Whacky, Muscle, Gran Turismo, Supercars and Open Wheelers, and this is where you might be required to use some of the poorer vehicles, as there is no way to compete in a cup without a car of the corresponding class type. You play against AI characters with names like Speedy Ninja and Joe Redneck, trying to beat them to the finish line.  Cups consist of four events, and not all of them are racing. Annoyingly enough, some events appear to only have you racing alone, showing as 1st place the entire way before pinging you to another position upon crossing the finish line.

Some events are Destruction based, where you must use your car to obliterate opponents in order to win. In these rounds you go up against dummy cars that are smashed to smithereens upon you crashing into them. They don't need an awful lot of force, and whilst I know they are meant to be toy cars it just doesn't feel right when these cars are completely decimated by a slight nudge. 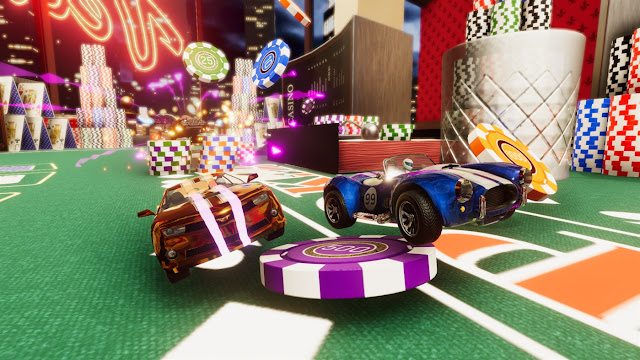 Super Toy Cars 2 is a fairly low priced game, at only £12.49 on Xbox, but even without paying that I feel robbed. We're always on the lookout for fun racing games to play as a family, and having couch co-op be an option here drew us right to it. It even has online multiplayer, which was a shock, albeit this is pretty poor too.

I'm hopeful for improvements further down the line, as the core idea here definitely interested us. However in its current state, I don't think we'll be playing again anytime soon. 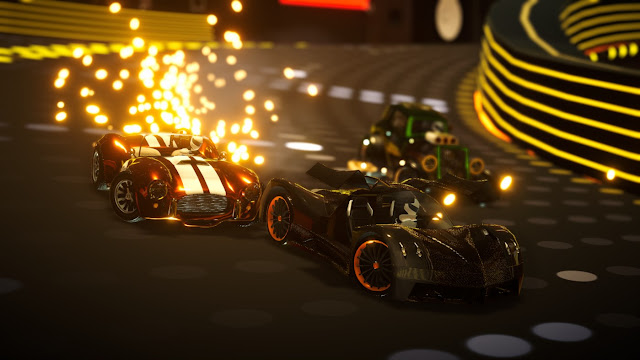 In the end we decided to give Super Toy Cars 2 the Collecting Asylum rating of 4.5/10.

Have you played Super Toy Cars 2 yet? What did you think of it?
Let us know in the comments below!