Over the years, the quintessentially classic game of Pong has always been one that I’ve found myself playing in one way or another. Whether on retro systems, or playing newer designed clones, Pong has always had a badge of honour for being a simple but fun way to pass the time. It’s quick and easy to get into, there’s not a lot of confusing mechanics like a lot of modern games and it’s easy to put back down again once you’ve run out of spare time.

UK based development team Chequered Ink have totally revitalised the Pong name and given it a fresh new take with Pong Quest. A role-playing adventure game where you play as an anthropomorphised Pong paddle, you are instructed by King Pong to make your way through dungeons to retrieve some magical orbs for him. 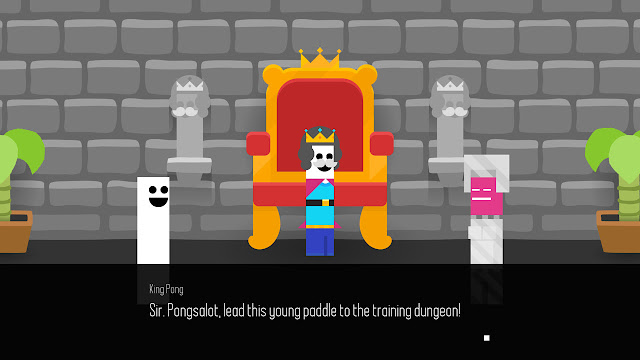 The game has a very simplistic style, requiring you to work your way through the dungeons, defeating every enemy you come across in a Pong battle. Most of these battles aren’t too difficult, but the part that changes it up from just standard Pong is the ball.

In Pong Quest, there are a wide variety of modifiers in the form of balls. These can help or hinder you when up against enemies, and you can both choose different options for your turn. Some of the balls available are: Potion Ball, heals you a bit as long as you successfully hit it; Zip Ball, gets faster with each hit; and more. Some of the balls will throw up a defensive wall when used, requiring the play to become a little more like classic Atari title Brick Breaker. There’s a lot of throwbacks to other Atari titles throughout the game, which is nice to see. 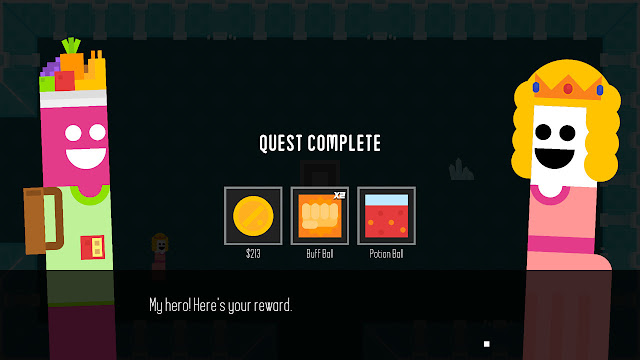 My only real gripe with Pong Quest is that it feels fairly samey throughout. Levels have a similar layout design and while you may come across different mini games as you work your way through the level, these too become quite repetitive. At the beginning of a level you also receive a task from someone in the starting room of the floor: clear the level of enemies, visit all rooms, etc. And completing this task is what enables you to progress. For the second floor of the first area my task was just to visit every room, which I quickly did whilst avoiding all fights to see if this would work - and lo and behold I could progress to the next level without having done anything on the floor other than a walkthrough.

It’s a fun game to spend some time with, but sadly I don’t think it’s one that I will venture back into very often - there’s just not enough going on to keep me interested in playing long term. For the kids however, they’ve had a great time with it and enjoy the challenge that comes with sussing out the level layout and what ball power ups work best in battle. 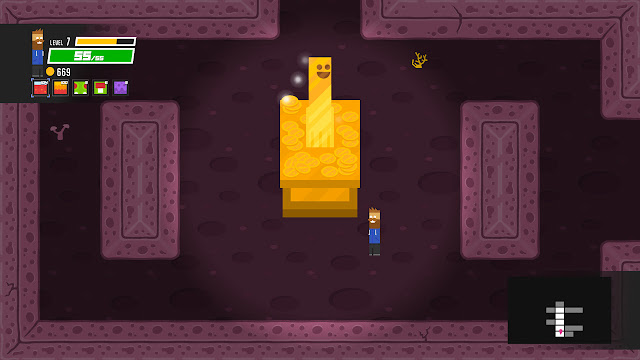 The simple art style works well here, and keeps in theme with the straightforward simplistic style of the original game. The music is catchy and mostly fits well with what’s going on on-screen, with the battle music getting you amped up and anxiously batting away the ball.

We also have multiplayer options available for Pong Quest, further enhancing the game, but again there’s only so much you can do before the repetition sinks in. The multiplayer works well for the kids, and gives them a good level playing field for a game that’s uncomplicated enough for a 5 year old and a 9 year old to play together without one having a significant advantage. 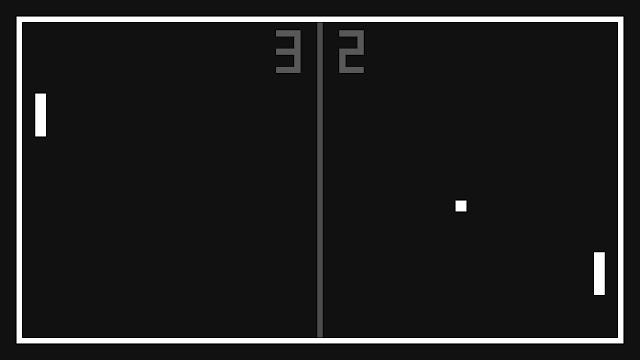 In the end, we decided to give Pong Quest the Collecting Asylum rating of 7/10.
It’s a decent enough game but just doesn’t have enough going on to keep me invested, but for kids it definitely has more of an appeal. You can get it on Xbox Store for just £12.49 here.

Have you played Pong Quest yet? What did you think of it?
Let us know in the comments below!