Atmos Games’ Neversong, formally known as Once Upon a Coma is a fantastic little title. You play as a young boy called Peet, who awakes from a coma to find his girlfriend missing. Screams coming from deep within the nearby Blackfork Asylum beg to be investigated - could that be where Wren is?

Venturing through the six levels, meeting childhood friends and coming across disturbing enemies, creator Thomas Brush has designed a dark world for you to explore as you uncover more about Peet’s  strange past. 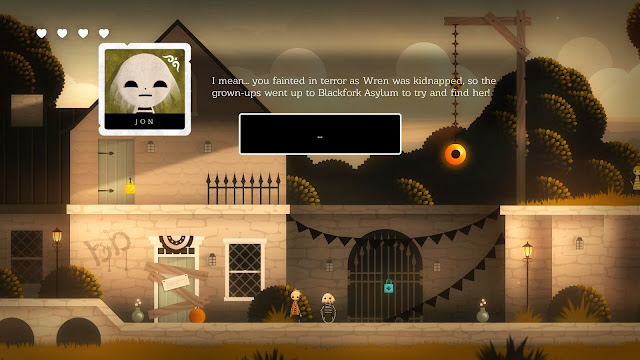 The art style used here is gorgeous, with a very creepy, depressing atmosphere. Thomas’ previous game, Coma - of which Neversong is a “very soft reboot” - had a similar but much simpler style. Character design is interesting, with NPCs mostly adopting a long, skinny-limbed look; and enemies having completely unsettling, nightmare-fuel appearances. Sound design is fantastically well done, with a gorgeous soundtrack and great voice acting from all the characters.

There’s a dark humour built in to Neversong, and one that complements the grim atmosphere to prevent everything from being too depressing. The storybook style showcasing of the terrifying Doctor Smile adds a further macabre element, which again ties in really well with the overall theme. 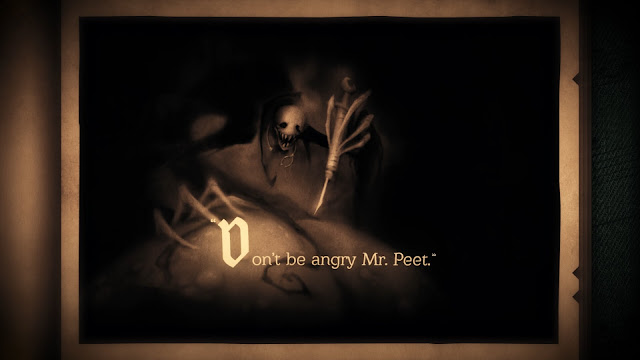 As you progress through the story, you will find songs that you can play on piano to unlock weapons and more. This element blends perfectly with the soundtrack, as it all melds together beautifully. The Narrator’s voice further conveys the weird, spooky vibe fantastically.

There are collectible cards, known as Coma Cards, that you can find hidden throughout the levels representing characters, enemies and bosses. Currently the achievement for this is unattainable on Xbox due to a bug that prevents two of the cards from appearing, but I reached out to Thomas on Twitter and he confirmed they’re working on a fix for this right now. 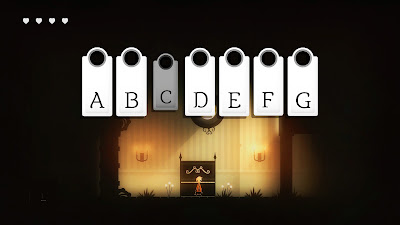 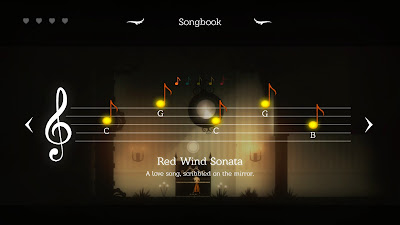 The items you unlock via the piano allow you to come back and access previously blocked areas. As this is done through the songs played, you can do this on a separate run right from the off. We did this thinking you could then progress straight to the final boss - after all, there’s an achievement for completing the game in under one hour - but after trekking all the way to the Asylum for the final battle, we were turned away on the proviso that we could come back later after we’d progressed.

Controls are responsive and everything feels well done. Any missed jumps or attacks, you can tell that it has been caused by yourself rather than the controls being off. Using the skateboard feels enjoyable, but you don’t get a great deal of use out of it as it’s only really required later on in the game.


In the end, we decided to give Neversong the Collecting Asylum rating of 8.5/10.

Have you played Neversong yet? What did you think of it?
Let us know in the comments below!