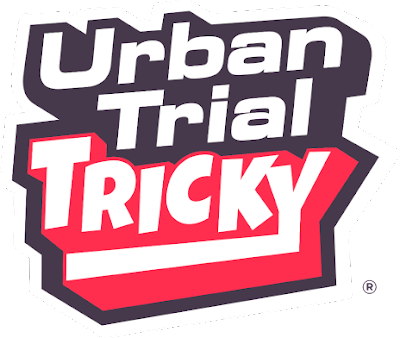 Over the years, we’ve seen our fair share of bike-riding stunt games. We’ve had pretty much every variation of the Trials series, since our son grew up obsessed with every single one he could get his hands on, so we were excited to see a totally new bike game that didn’t fall under the Trials branding. Urban Trials Tricky is Tate Multimedia’s follow up to their 2013 release Urban Trial Freestyle (that surprisingly flew right under our radar) and has come to Nintendo Switch as an exclusive title. 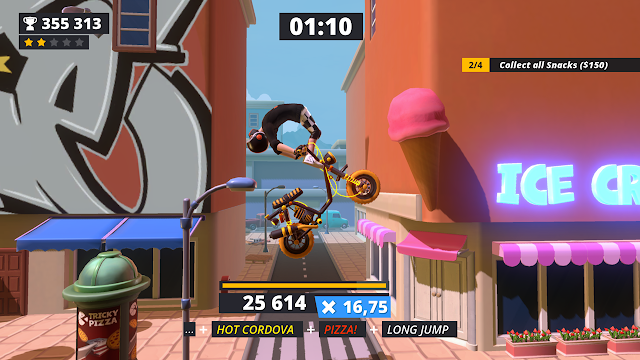 The core premise of UTT is to pull off as many stunts as you can, comboing wherever possible, in order to complete challenges and gain a high score. There are collectible “Snacks” and bags of cash hidden in levels, which will sometimes require a cool manoeuvre in order to reach, and you have to achieve enough challenges to progress further in the game. This adds a little extra replayability for when you improve in skill, if you miss them the first time around.

Trying your hardest to pull off tricks really reminds me of playing Tony Hawk’s Pro Skater as a kid, learning what moves work best for insane combos and knowing when to end a move without crashing and completely destroying your multiplier. It takes a little bit of getting used to, but once you get the hang of things it feels very satisfying when you achieve massive combos successfully. 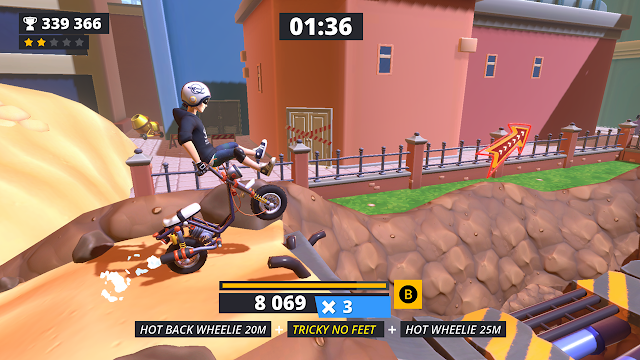 The art style is nice and detailed, with interesting environments and good character and bike design. The one thing that grates on me a little with the levels however is that due to the fact that levels are designed in such a way as to have you go both left and right along the length of the track, the levels can feel very tight and awkward in places. You have the ability to quickly spin to turn back in the opposite direction, but this leaves very little room for error when trying to pull off particularly long combos.

There are three separate game modes: Time, Tricks and Competition. These determine the type of challenge required to complete levels, with Time-based levels naturally having a time limit to which you have to race to the end as fast as possible whilst also successfully doing tricks when prompted. Tricks-based levels require you to hit huge scores, by pulling off tonnes of tricks and gaining massive combos. And finally, Competition levels will prompt you to do certain tricks to reach high scores. 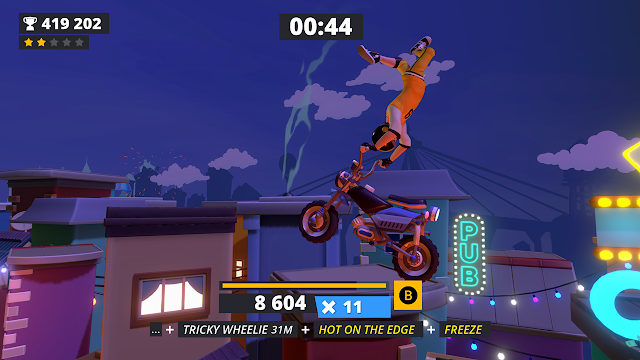 In the end, we decided to give Urban Trial Tricky the Collecting Asylum rating of 6.5/10.

Have you played Urban Trial Tricky yet? What did you think of it?
Let us know in the comments below!