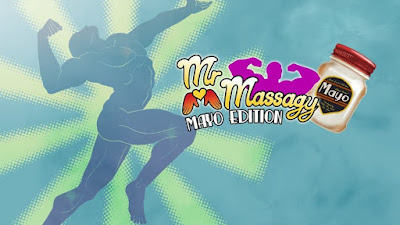 Definitely one of the most weird-and-wonderful games - wait, no scratch that - one of the most bizarre games we’ve played recently is Mr. Massagy: Mayo Edition. Combining two games in one package for the low price of £4.19 on the Xbox Store, you’ll get Mr. Massagy, as well as My Name is Mayo.

Mr. Massagy is a dating sim game, where you play as a character called Johnny who will receive massages from various potential admirers. Taking them out on dates and successfully winning them over will award you with stars, which will unlock one of two massage modes that will cause your controller to vibrate. These vibration segments (which can be exited, or returned to, at any time) are for you to ahem massage yourself using the controller, and serve no other real purpose to the game other than to, y’know, get your Mr. Massagy on. 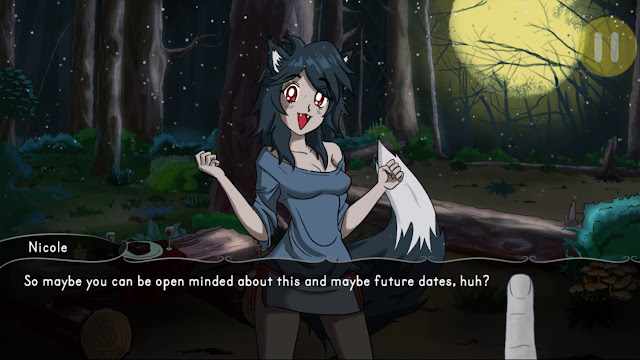 The game is actually surprisingly funny, and has a lot of self-awareness about itself. The dialogue options on dates are hilarious, and can often take unexpected turns requiring you to retry a date to get a better outcome. When we first saw it listed on Xbox, we were highly intrigued by it due to the absurdness of the title - and we were chuffed that the humour extends beyond there.

Once you’ve unlocked all potential dates and maxed them all out, there’s not a lot of replayability aside from going back to check out other dialogue options, but most of these will likely have been attempted at one point or another during your play through. The game is an easy 1000 Gamerscore, so if that’s your kinda thing, then that might draw you in, too. 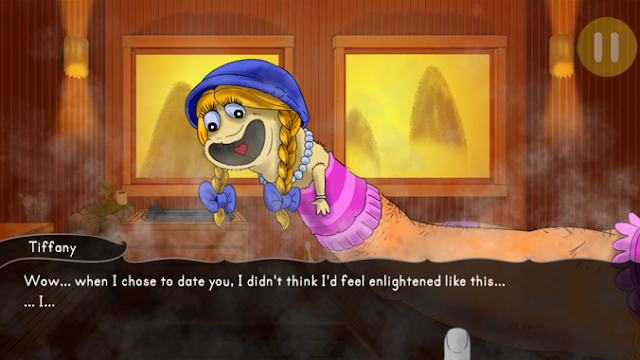 Different dates will find you meeting up with all manner of sorts, from a few different women, all the way through to a sock puppet and a werewolf. These add further hilarity to the already bonkers plot (if you can even really call it that). The art style is pretty decent, with a cartoon-y appearance which matches the overall tone well. One of the last dates we went on was with none other than a jar of Mayo, which leads us in nicely to the other game in this bundle...

My Name is Mayo. 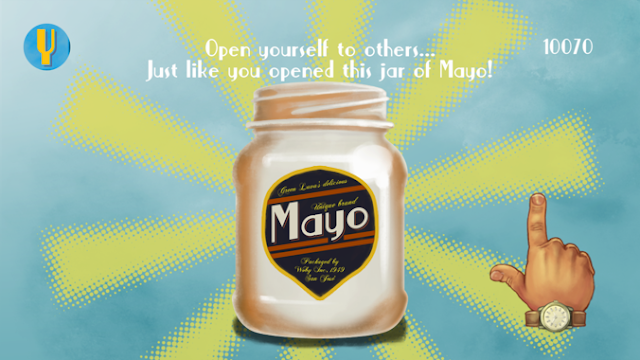 MNIM is a simple clicker game where literally all you have to do is click. You control a floating hand that has to repeatedly tap the jar of Mayo in the centre of the screen to wiggle the lid off and get points, as well as unlock achievements. You can unlock various skins for your Mayo and can deck it out however you please to help cheer you up as your fingers cramp up from the constant clicking.

Achievements will pop periodically throughout your time clicking, most of them seeming to be at every 2000 increase, so imagine our disappointment at no It’s Over 9000! Achievement for reaching 9001 clicks. For the price and the comedy value, it’s a decent purchase - but if you’re worried about what people will think of you if they walk in on you playing this, then maaaaybe steer clear, haha. 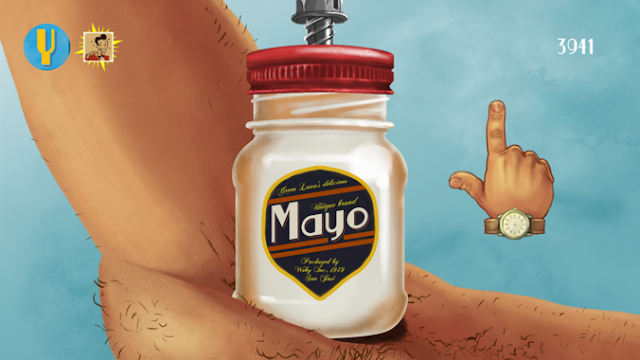 In the end, we decided to give Mr. Massagy: Mayo Edition the Collecting Asylum rating of 6/10.

Have you played Mr. Massagy: Mayo Edition yet? What did you think of it?
Let us know in the comments below!

Thanks to Green Lava Studios for the Mr. Massagy: Mayo Edition Xbox One review code!
at August 03, 2020